Two first half goals from Charlie Hanson and Ellis Johnson were enough to give the City U23’s a win in their final match in the Premier League Cup.

City were the first to be able to adapt to the challenging conditions at Hednesford as Hanson made it 1-0 inside seven minutes following a long ball from experienced defender Alex Hartridge.

Ellis Johnson made it two before the half hour mark as he dispossessed midfielder Taylor Perry following a short goal kick and calmly slotted the ball past Arinbjornson to double the Grecians lead. The second half presented chances for both teams but Wolves struggled to find answers to the solid defending of the City back line, who held firm to secure a third place finish. 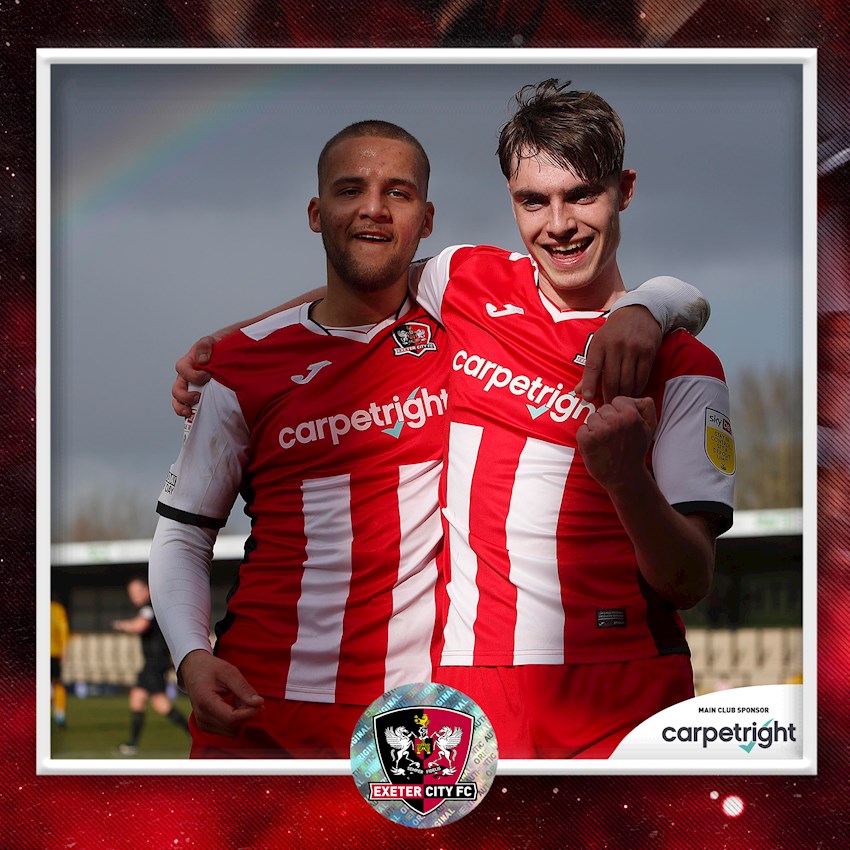 Established names Hartridge and Nigel Atangana came into Dan Green’s side for the Group F clash as City looked for a strong performance to end their Premiere League Cup campaign.

The young Grecians took control of possession in the early stages as they looked for a quick breakthrough.

This led to an early goal for City striker Charlie Hanson following a long ball from defender Hartridge to find Sonny Cox in space on the left. He was then able to poke the ball through to Hanson who calmly slotted the ball past the Wolves keeper.

The City defence were called upon for the first time around ten minutes later with Hartridge getting a vital block in to stop forward Chem Campbell finding the target.

No more than a minute later the Grecians were able to double their lead thanks to a comfortable one on one for Johnson after Wolves midfielder Perry lost possession just outside his own box.

As the heavens opened in the closing stages of the first half, Hanson had a chance to double his goal tally for the day as a long ball forward presented a chance to break through on goal from the left of the pitch, only for some quick thinking from the Wolves keeper to clear the danger.

Perhaps the most significant chance came for the opposition came on the verge of the break as the hosts countered, with Perry unable to convert Hugo Bueno’s ball.

The start of the second half started in similar fashion with the Grecians staying on top and maintaining their earlier momentum. 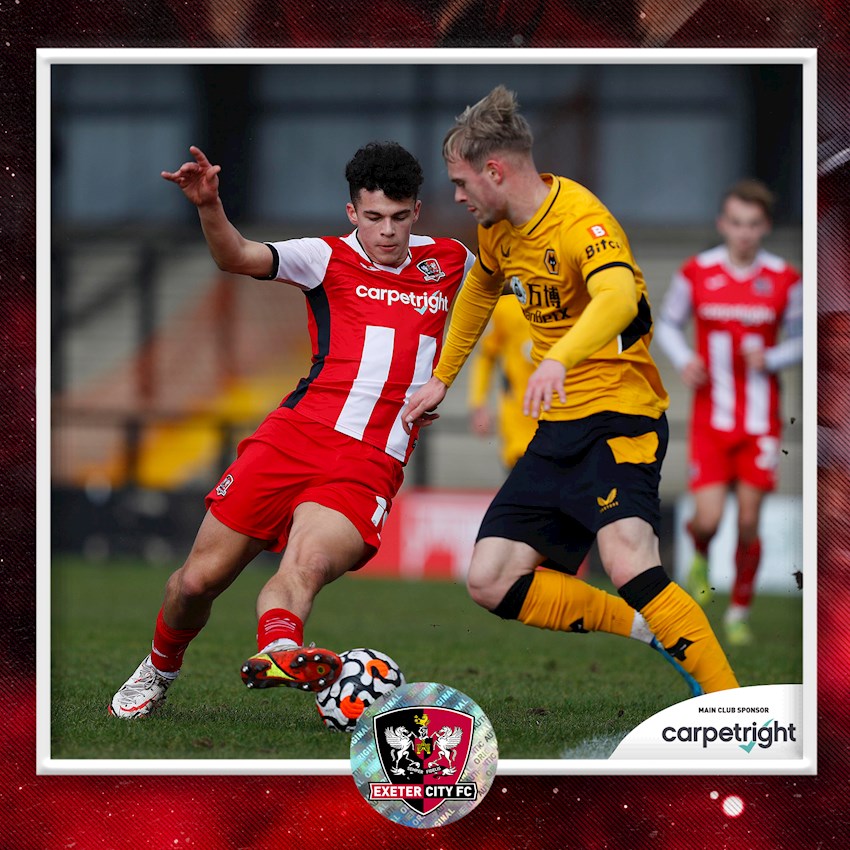 Conor Carty was presented with a massive opportunity just after the restart for Wolves as Bueno delivered another teasing ball in from the left only for Carty to head the ball down into the ground and over the bar.

Chances continued to come down the left-hand side for Wolves as they looked to finish the group stages at the top of the table, but the Grecian back line remained unfazed by the Wolves pressure.

The 72nd minute gave City a chance to make it three as defender Raphael Nya lost possession thanks to a high press from Nelson Iseguan, who cut the ball back to Nigel Atangana only for Wolves to get a body in the way of the midfielder’s double shot.

Perry came up with a promising shot on target near the end with an effort from just outside the box but keeper Harry Lee stretched out a big hand to his left to keep the clean sheet intact.

A flurry of corners came and went for the opposition as they failed to find an answer to the stubborn City back line, resulting in a good win to end the Grecians’ Premier League Cup campaign.