Exeter City board of directors 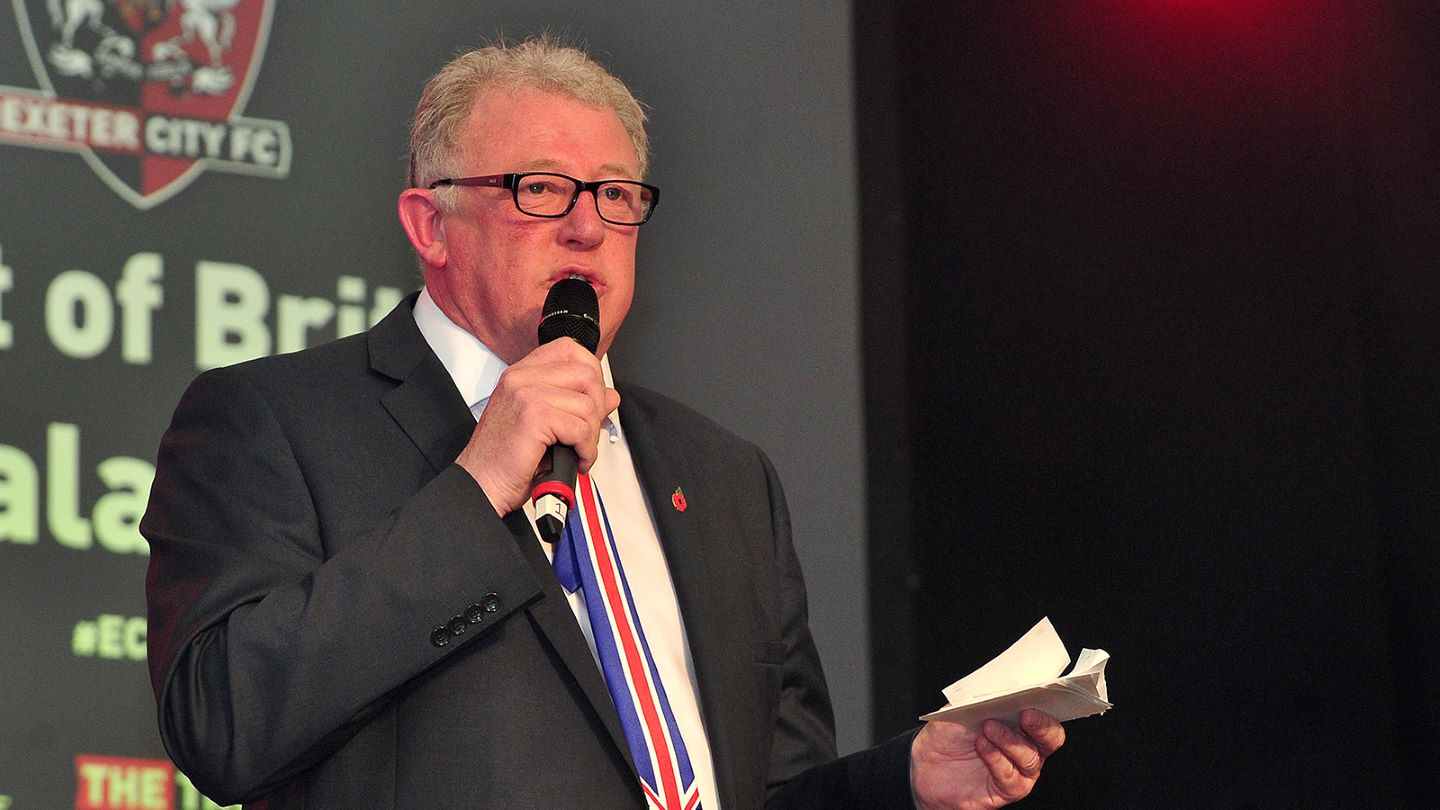 Julian Tagg went to Ladysmith School, Exeter College and has an education degree from St Lukes, Exeter University. Subsequently, he lectured in physical education at Exeter College for 20 years specialising in sports psychology before retiring to concentrate on his property business and his children’s summer camp educational provision.

He began coaching football, gaining the FA Preliminary Coaching Badge (B Licence equivalent) at 19 years old. His connection to Exeter City was initially as a supporter aged nine, ball boy aged 12 and was signed by John Newman aged 15 to play Western League. After University and a spell with Exmouth Town, Julian returned to City to play and manage the seserves for one season until his playing career was finally halted by a serious knee injury aged 23.

Ten years on he was recruited to run the first-ever Exeter City under-12 team, that evolved into the conception of the current academy. Julian coached that team, which included Dean Moxey, through to under-16 whilst developing the whole academy, alongside Eammon Dolan, from 15 boys into 200.

When the Trust became the majority shareholder Julian stepped up into the boardroom becoming vice chair, his motivation then as now, to ensure that the youth programme firstly was not closed down and secondly thrived. At the same time he became, and remains, the Chairman of Football in the Community.

After a two-year spell as acting chief executive, Julian was appointed executive director (football) in Autumn 2013. 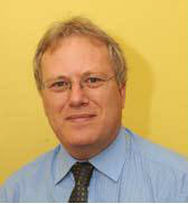 Nick Hawker
Trust Board and Club Board Chairman

Nick has supported the Club since 1969 when, after watching the Grecians lose 2-1 to Port Vale (September 27, 1969), just a few days later attended a midweek game against Swansea City (October 1, 1969), which resulted in a 6-0 win. After 40 years working in the newspaper industry, mostly in technology, he retired and, looking for something to fill the time, he became Trust secretary in 2012, a position that he held for four years. After a brief hiatus in 2016, Nick returned as a co-opted trustee in 2017 and was elected by the membership in 2017, and then as chairman to the Trust that November. Nick can be contacted via the Trust email address:  enquiries@weownexetercityfc.co.uk or nick.hawker1392@gmail.com. 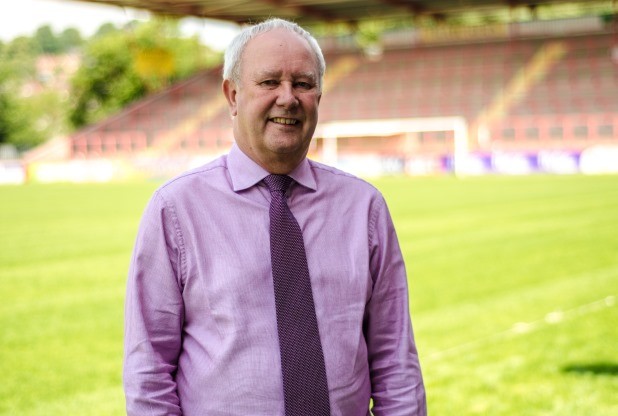 Keith Mason arrived at Exeter City in the summer of 2015 to take over the position of finance director from Steve Williams.

He has worked for South West Highways since 1995, where he is also the finance director, and is responsible for IT, insurance and fleet as well as handling elements of HR.

On arriving at the club, Keith said: "I am delighted to be joining Exeter City at such an exciting time – I have grown very attached to the club since I moved to Devon 27 years ago and it is a pleasure to be involved. I hope that by working with the rest of the board I can help continue to improve the finances, and hopefully that will benefit the club on the pitch and give the supporters some exciting times ahead." 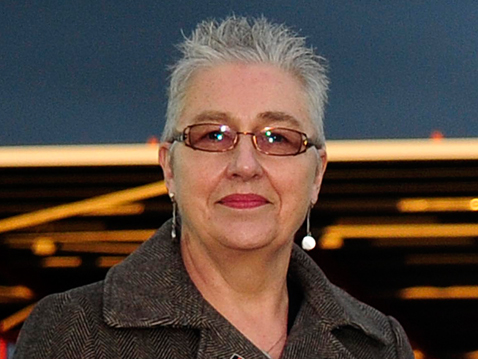 Elaine was co-opted onto the Trust Board in January 2014 and onto the club board in 2015. A prominent member of the East Devon Grecians, Elaine has experience of fundraising, having run Grecian Goal for several years (if you’d like to join us please get in touch), as well as leading on the Light Up the Park campaign.

Elaine has worked at a local school for many years and enjoys meeting current and former students on the Big Bank. 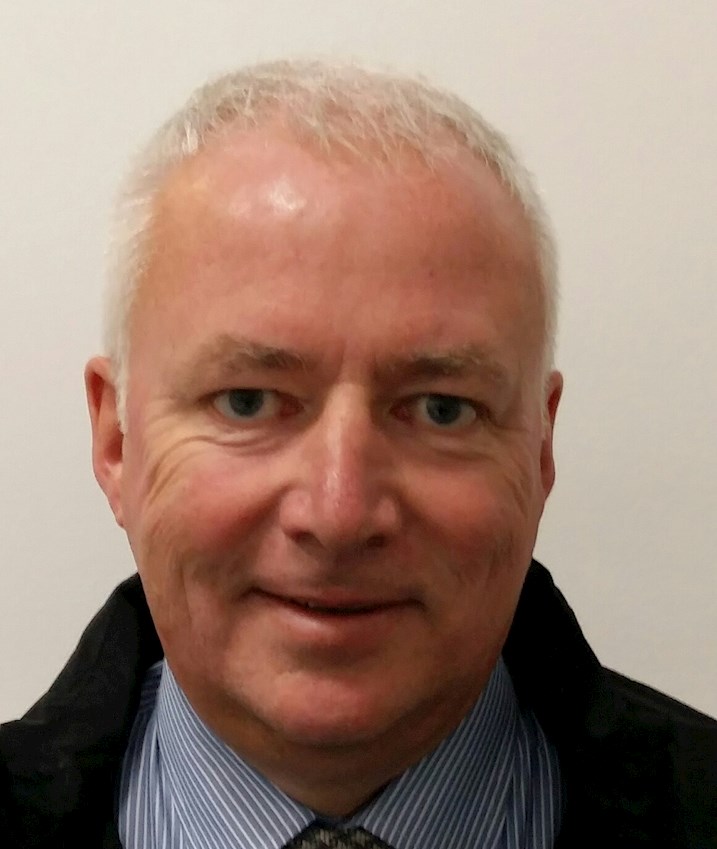 David is an accomplished sales and marketing senior executive who has generated growth and unlocked revenue opportunities in competitive markets. Working in highly regulated sectors across the UK, Europe and further he has a proven entrepreneurial record in helping businesses grow and has extensive general management experience with over 35 years in commercial environments, with many of those at board level.

David initially moved to Devon in 2017, at age 55, ostensibly to retire, enjoy all that Devon has to offer and go sailing - he's a qualified yachtmaster. However, a few months later he was introduced to some members of the ECFC board and after enjoying their hospitality for a couple of games was asked to undertake a couple of small tasks and was set to work. David wrote the Supporters' Trust survey last September and analysed the results with the help of the business school at the University of Exeter. Following that and the presentation of the results at the Trust AGM, David was fully introduced to the board and was asked to consider the role of commercial director.

So, David is a recent convert to our football club but his marketing and commercial skills and experience will be hugely beneficial for us as we move forward and continue the success of our club. 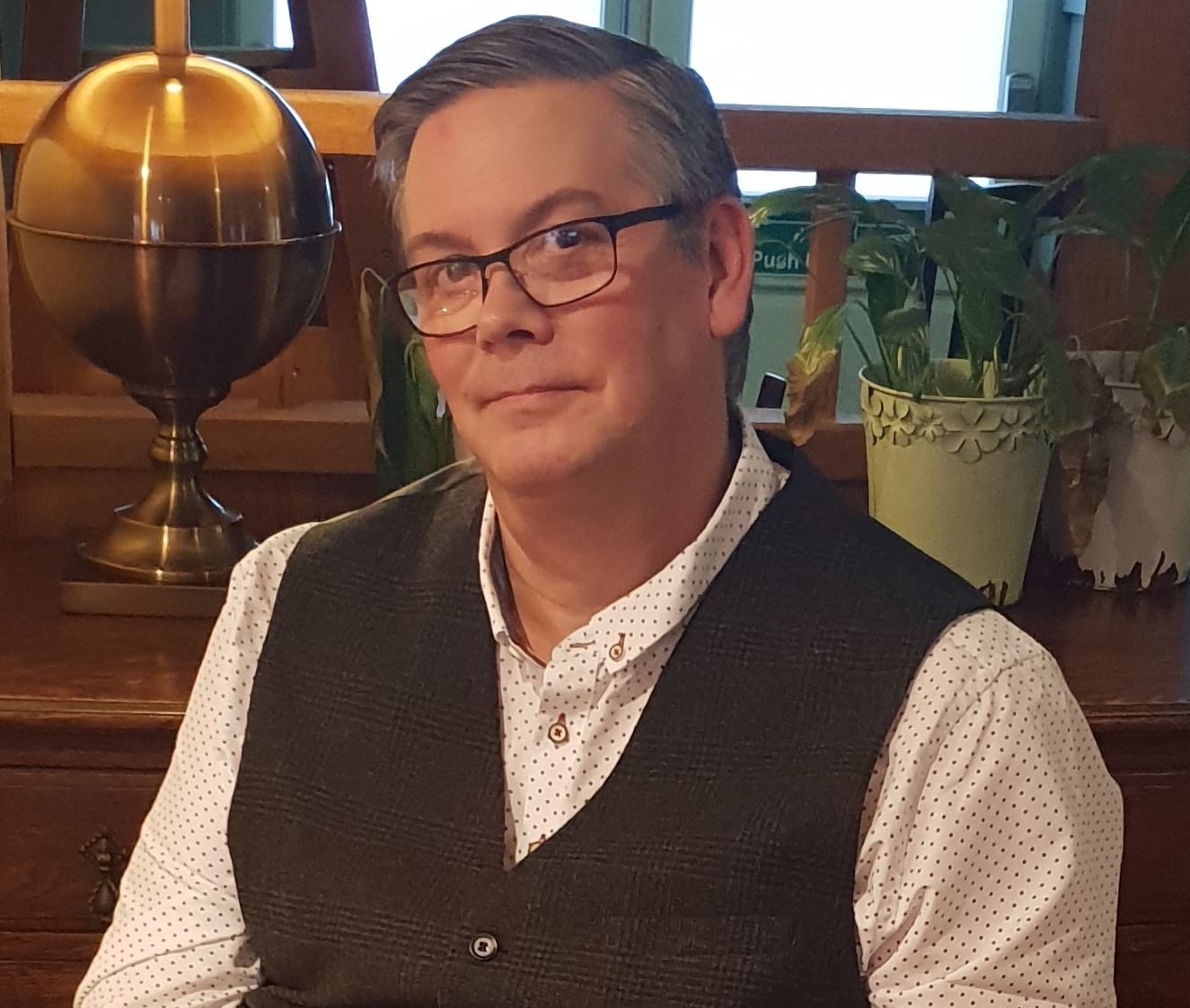 Clive was elected to the Trust Board in 2016 and to the club board as a Trust appointed director in 2018 having previously been involved with Exeter City as a volunteer with the Junior Grecians.

He spent over 20 years in the hotel and catering industry in general manager roles and more recently has owned several online businesses. Once he settled in Devon in 2008 it was the Trust ownership model that ignited his interest in Exeter City. Clive moved to Clyst St Mary in 2013, purchased his first season ticket and joined the Trust.

Clive is a member of the ownership working group and communications, engagement group and is working on the establishment of a Trust Youth Council for 14 to 23-year-old supporters. On match days he can often be found in the Family Zone which he helped to establish with the support of the Trust board. He looks after the Junior Grecians social media channels as well as being the ball boy/girl administrator.

Clive is happy to discuss anything Exeter City, Trust or junior/youth/family supporter related and to give supporters a tour of our new family facilities. 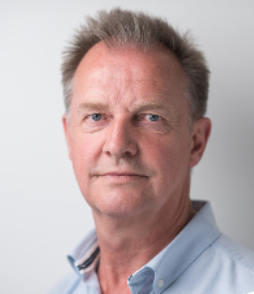 Andrew Rothwell is a partner at Ashfords LLP, one of the top 100 UK law firms.

He trained and qualified in local government, joining the firm in 1989. His practice area is development and regeneration, acting for private developers, landowners and local authorities.

Andrew is a member of the Exeter City Supporters’ Trust and has been a Big Bank season ticket holder for a number of years and regularly attends home games. He worked closely with fellow board member David Lee on the recent redevelopment scheme which saw the land behind the Big Bank being developed for student accommodation and the building of the new Stagecoach Adam Stansfield Stand.

He has also acted for the club in other property-related matters. His passion for the club and aspirations to see it succeed have led to him joining the Board of Directors.

Andrew says: ‘I’m delighted to be involved with the club, where we can draw on my years of property development experience to help in contribute to a sustainable model for our club.’ 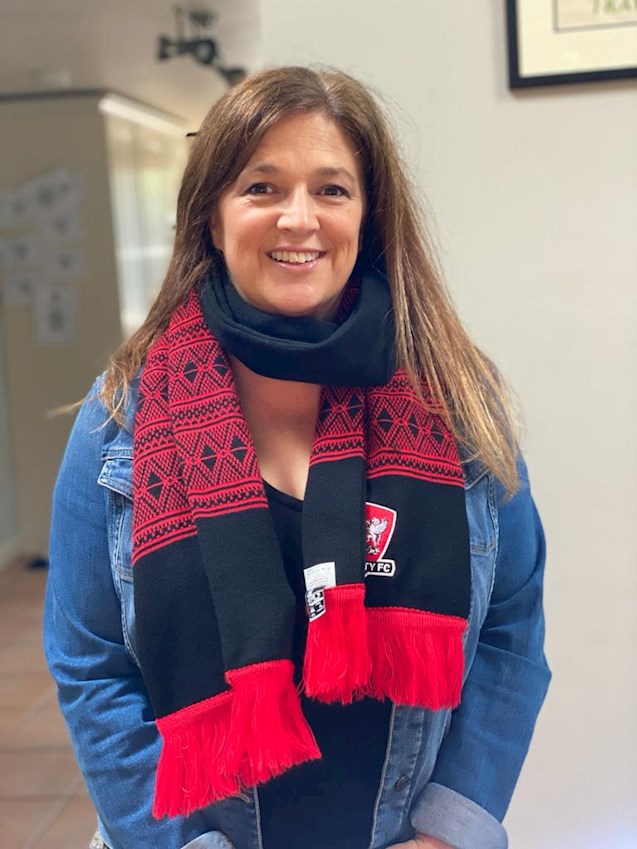 Sue McQueenie is a former regional journalist who is now a partner in an Exeter-based marketing and PR company. She has been involved with the club since 2017, initially as an associate director.
Born and bred in Exeter, through her role at McQueenie Mulholland, Sue works with many local high profile organisations, with a focus on PR-related activity, reputation management and crisis communications, specialising in charities and not for profit organisations. As well as the club, she also works closely with the team at Exeter City Community Trust to support their marketing and communications.
Jonathan Hart
Director 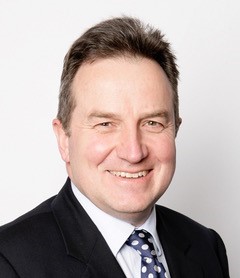 Jonathan was CEO of Thorntons Plc, prior to its sale to Ferrero in June 2015. He currently chairs Crussh, the leading London-based healthy food and juice bar chain and is also an active member of the RNLI Council. Jonathan has also held senior roles at Dixons, Woolworths, Abbey and Caffé Nero. He has had a home in Devon for more than 20 years and splits his time between there and Hertfordshire.
Jeremy Tipper
Director 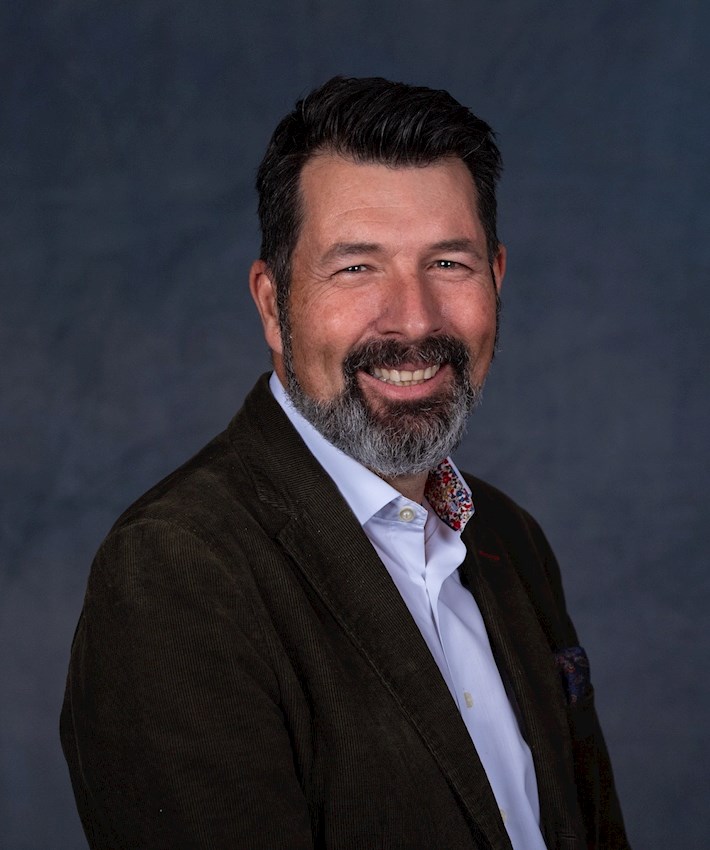 Jeremy went to school in Exeter, is an experienced chair and non-executive director in the technology, business services and charitable sectors. Jeremy was founder and CEO of Capital Consulting, a pioneer in the recruitment process outsourcing industry before founding Talent Collective, a talent consulting business later acquired by Alexander Mann Solutions.
Clive Bawden
Director 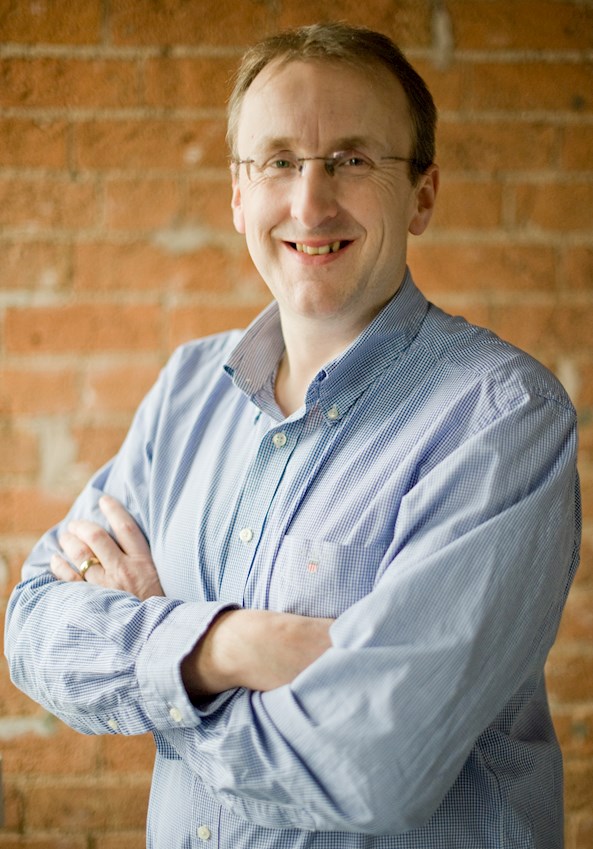 Clive also went to school in Exeter, is a chartered accountant with extensive board experience. Clive now works with early-stage entrepreneurial firms, including Queen’s award-winning Warwick Music Group. In a voluntary capacity he chairs audit and risk at Birmingham Museums’ Trust, is a former director of Warwickshire Cricket, with responsibility for women and girls’ cricket, and a senior independent non-executive director of SkateboardGB, where as a founding director he developed governance, risk and finance process from scratch.