Exeter City are back in home action on Easter Monday when they welcome Mansfield Town to SJP.

Looking for their second home win in a row, City must make amends after suffering a blow on Good Friday in a 1-0 defeat to Port Vale and they face a Stags side also hoping to stop the rot following their 2-0 home defeat to Leyton Orient on the same day.

"We all needed to look at ourselves and realise the hard work we put in throughout the season, it all leads down to now.

"This is a great opportunity for us, but we know what Mansfield will bring. We know what their strengths our and we have to take our game to them."

Leyton Orient continued their good run as they beat Mansfield at the OneCall Stadium. Danny Johnson scored both goals for the Os.

Josh Key's first Exeter City league goal turned out to be the winner as The Grecians came from behind to win. Rollin Menayese had put Mansfield ahead, before Farrand Rawson's own goal (as much as Rory McArdle claims it!) levelled.

Exeter City were held to a 0-0 draw at the hands of Mansfield Town. Chances were few and far between for either side with the moment of the match being a shout for a penalty for the visitors.

Tyrese Sinclair was adjudged to have dived under a Tom Parkes challenge, but referee Carl Brook thought otherwise.

Jack Sparkes went closest for the Grecians, but his first-half header was well saved by Aidan Stone.

As for the teams, skipper Jake Taylor returned to the starting eleven as Matt Taylor opted for three changes from Good Friday. Pierce Sweeney and Tom Parkes also featured from kick off. Former Grecian Jamie Reid took his place on the visiting bench.

Mansfield almost edged in front in the opening exchanges. Stephen Quinn’s ball into the box was hooked goalward by George Lapslie, but Jokull Andresson comfortably saw it past his post.

Jack Sparkes then carved Exeter’s first half-chance of the game. The City winger charged down the Mansfield back-line, yet his low cross evaded the free Ryan Bowman in the centre.

The visitors crafted an attempt of their own. Lewis Page was dispossessed and from the break, but Parkes scrambled across to block the imposing Stephen Quinn’s shot.

Mansfield had the ball in the net shortly before the half-hour, but only after the Ref intervened halting Bowery’s smart finish. Still goalless.

Lewis Page was full of confidence when space opened up from thirty yards. Unfortunately, his finish lacked direction and sailed safely into the Big Bank.

Next, Stephen McLaughlin marauded through a crowd of red and white shirts and tested Andresson’s gloves- Archie Collins swept away the subsequent loose ball.

On the cusp of half time Jack Sparkes went closest. City, who looked far more threatening down the right, worked the ball well with Key and Taylor interchanging. The latter produced a teasing lob to the far post where Sparkesy got above his man but was denied by an instinctive save by the man in the Mansfield net.

That was Jack's last action of the game, as he was withdrawn at the break for Randell Williams.

It took twelves minutes for the first meaningful action of the second half. Jordan Bowery sprung the offside trap and delivered for the arriving Ollie Clarke. The Stag’s captain could not quite direct his header on target.

City and Randell Williams offered some promise just past the hour. Straight from the training ground, Williams, Taylor and Key were in full sync as Williams burst through. Sadly for City, his pull back to Matt Jay failed to fall nicely.

Williams sprang back into life with a mazy run across the Town penalty area but couldn’t find an opening at goal. Up the other end Pierce Sweeney’s slip allowed Sinclair through but Andresson proved firm resistance.

Controversy soon struck St James Park going into the final ten minutes. Sinclair was felled in the Grecians box but much to the relief of Exeter, Sinclair’s simulation was sussed out by the man in black.

Matt Jay spun on the edge of the box and forced a corner in his first sight of goal five minutes from time as the game slowly petered out. 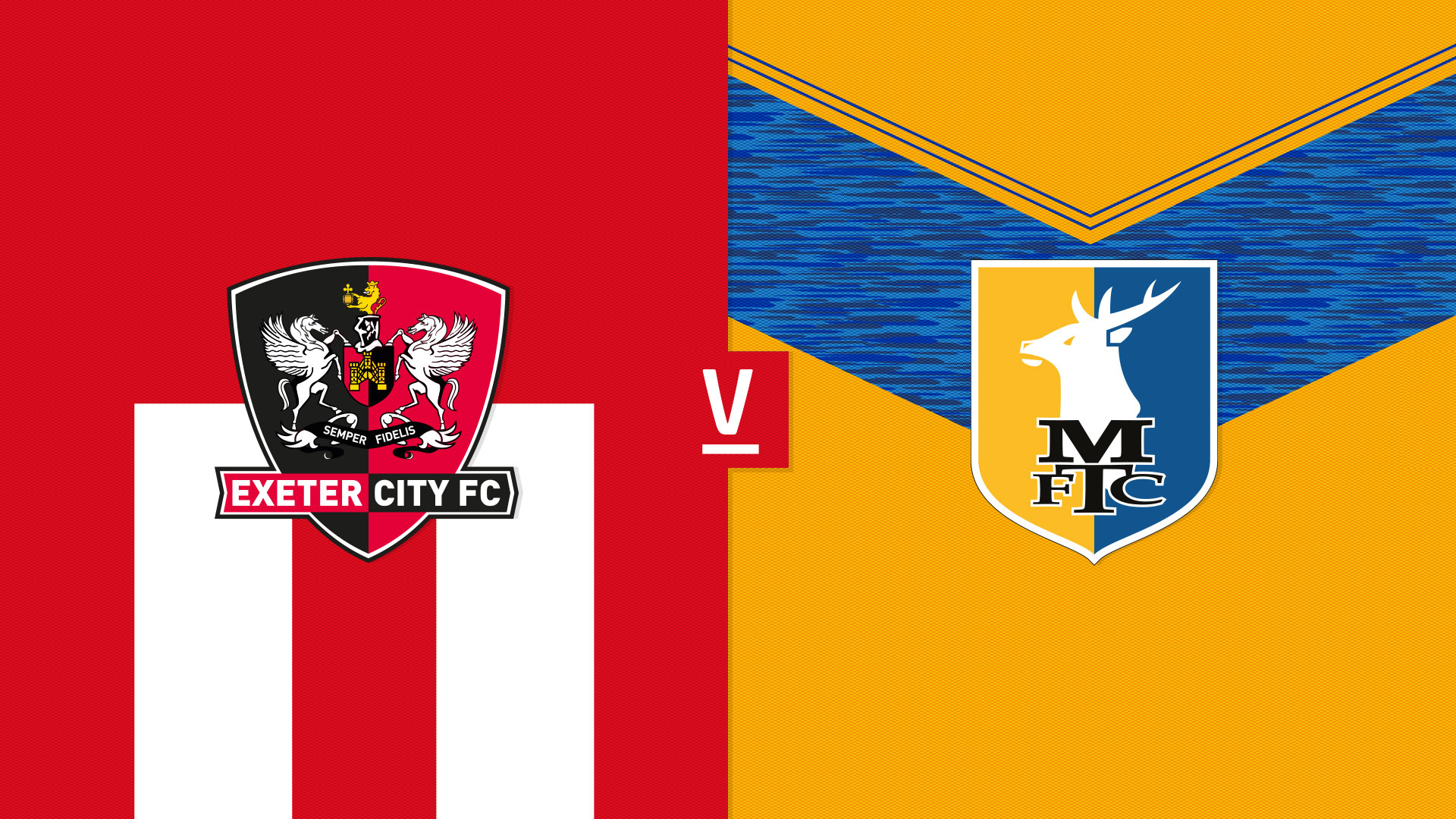 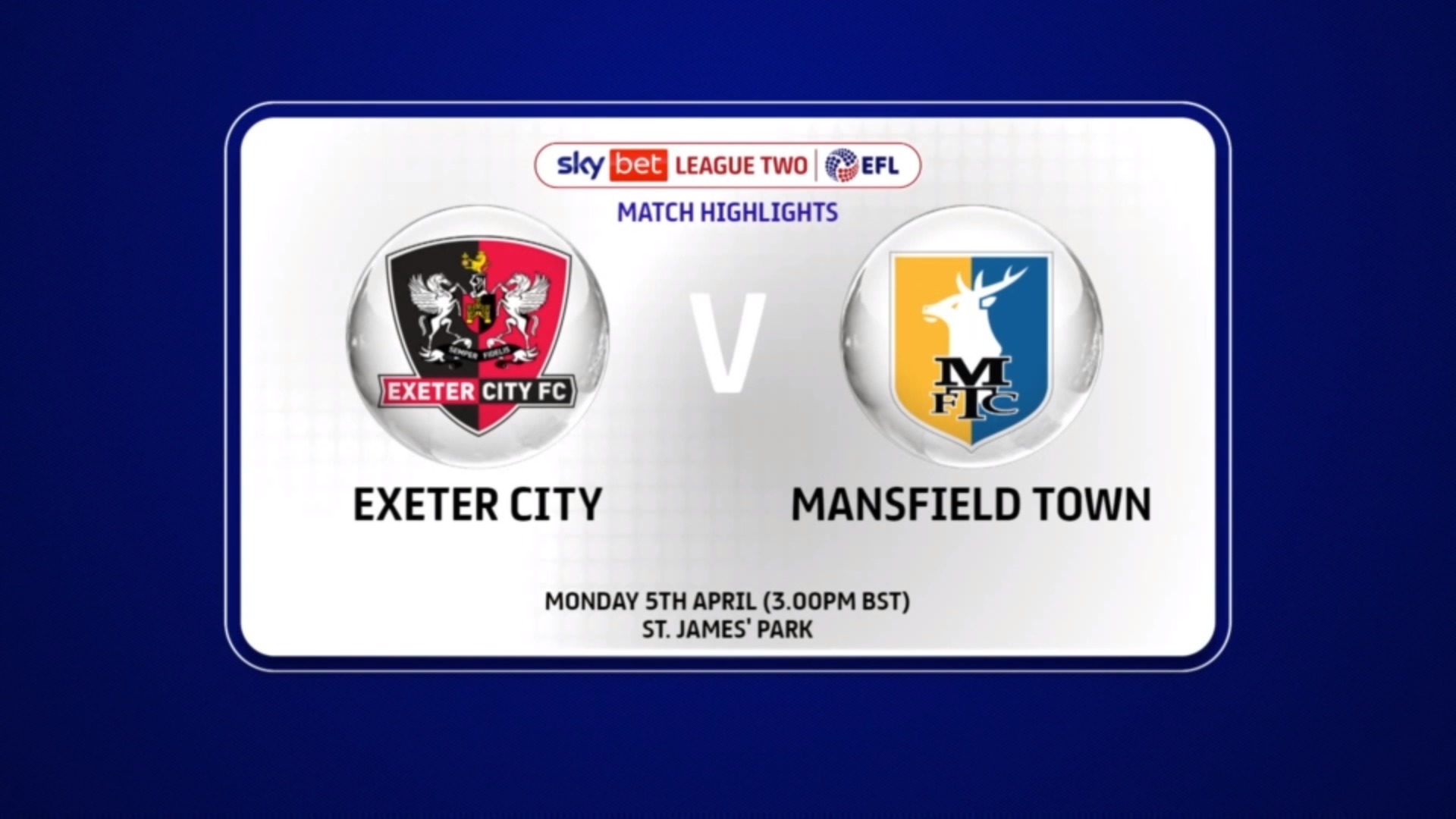 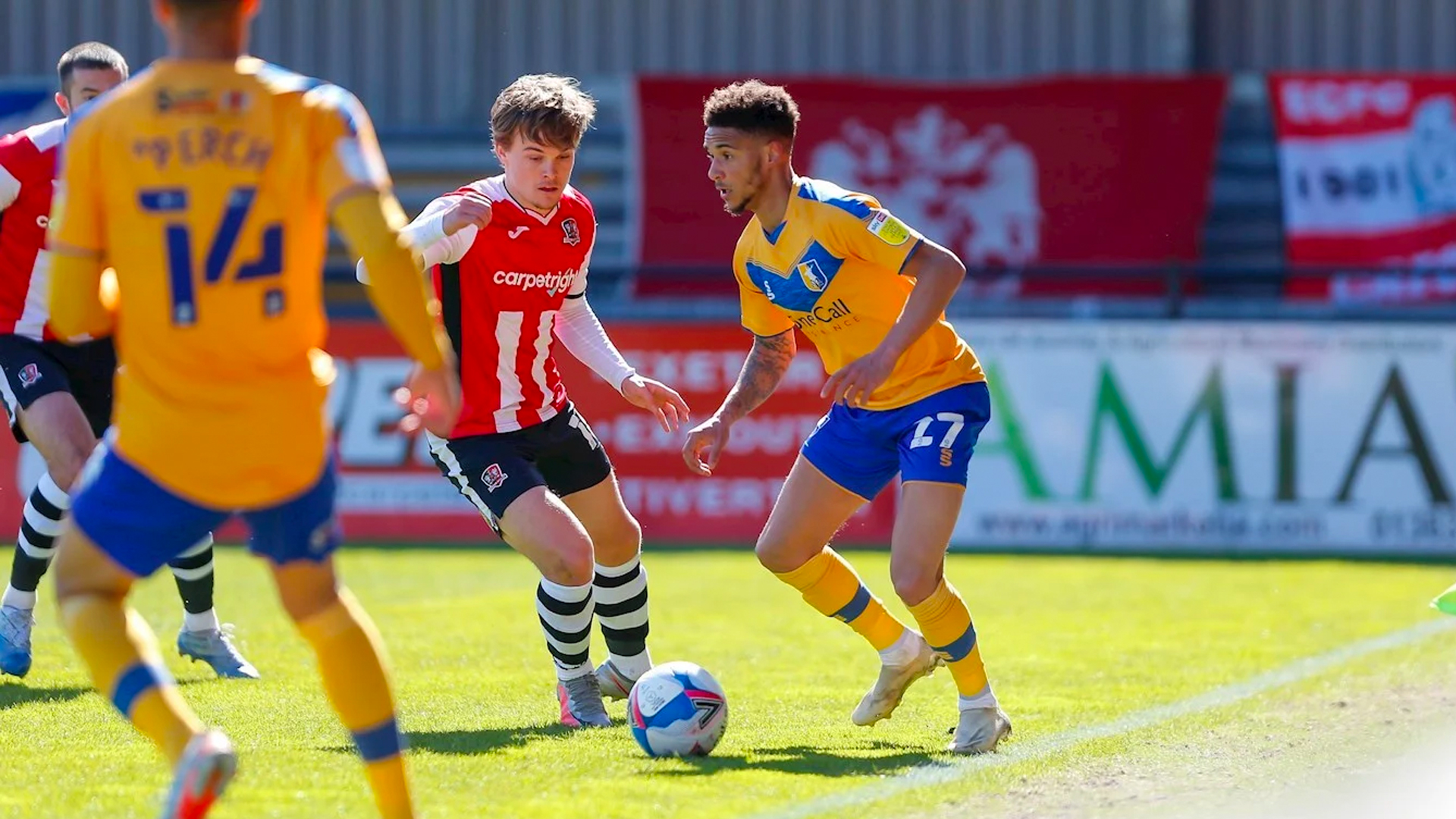