The Grecians will be looking to get back in form when they host Salford City this Saturday at SJP, kick off 1pm.

This will be the Ammies first ever trip to the Park, with last season's fixture scheduled to take place just two days after the EFL postponed all fixtures due to the Covid-19 pandemic.

The Greater Manchester side, who sit just a place and two points behind City in the table, will also have manager Gary Bowyer in charge for the very first time. The former Blackpool boss announced on Monday following the sacking of Richie Wellens.

Matt Taylor's Grecians were beaten 2-1 at Oldham Athletic on Tuesday night, despite registering 24 shots, but have the opportunity to get back to winning ways on home turf this time around.

The Ammies last match was a 2-0 defeat at table-topping Cheltenham Town last weekend. A week previous, they were the victors in the delayed 2020 Papa John's Trophy Final at Wembley, beating League One side Portsmouth on penalties after a 0-0 draw under the arch.

"I'm still delighted with where this team has got to because I still feel we can achieve more," Matt said ahead of Saturday's visit of Salford City to SJP.

"I'm incredibly proud of the likes of Josh Key and Joel Randall and how far they've come, because looking back on that opening day at Salford, I didn't know what I was going to get from them."

Salford visit Devon with a new manager in Gary Bowyer, and Taylor is unsure of what kind of side he'll be facing on Saturday.

"It's always a difficult one to prepare for when a new manager comes in, but we know what a great squad they have for this level.

"I trust our players to put in a performance that is a reaction to the last week."

Sean Long and former Grecian Liam Sercombe were on target as Cheltenham continued their charge towards promotion with a 2-0 win at the Jonny Rocks Stadium.

The Grecians began their League Two campaign way back in September with a Desmond at the Peninsula Stadium. Matt Jay and Joel Randall were both on target for City, while Iain Henderson and Ash Hunter scored for the hosts.

The Grecians are back to winning ways after a hard fought 1-0 victory at home against Salford City.

The Grecians weathered the storm with a fine defensive performance and despite facing a second half onsalught, it was City who were victorious thanks to Matt Jay's first half strike.

Exeter City manager Matt Taylor named four changes from the side that faced defeat against Oldham in midweek, with Randell Williams returning to the bench after his spell out with injury. Ben Seymour also started upfront, partnering up with top goal scorer Jay as Bowman took a place on the bench.

Salford had their own set of changes evoked by their new manager Gary Bowyer, with two changes to their side that played last weekend.

There was worry for the Grecians inside the first ten minutes as Jack Sparkes was involved in a nasty collision resulting in some treatment needed. Thankfully, after spending some time on the floor, Jack was able to jog to the side lines and continue.

The early pressure was sustained by Salford City with the best of their chances coming after 16 minutes. Henderson with the ball cut inside past Hartridge, letting the shot off and hitting the post.

The rebound made its way goalward after falling to another Salford man and thankfully McArdle was there to perform a goal-line clearance to deny the Ammies getting ahead. Second viewing suggests it was a fine save from Jokull Andresson from the initial shot.

Against the run of play, it was Exeter who got the only goal of the game. Willmott won the ball and passed it across the box to Taylor who saw his shot deflected, dropping MJ who got the strike away, despite the goalkeeper getting a hand to it.

Salford had their best chance of the game just after with Asante managing to pick up the ball on the outside of the box and fashion a strike, connecting well but narrowly missing the post.

There were two strong appeals for penalties in the first half for Exeter but neither given. The second and clearer coming just before the break. From a Hartridge free kick inside the Exeter half, the ball scurried around in the box before dropping to the Grecian skipper to get a shot away, before deflecting off the hand of the Ammies captain Eastman.

After going into the break ahead, City made a change at half time with skipper Jake Taylor being replaced by Nigel Atangana in midfield.

Much like the start of the first half, the visitors really kicked on looking to get something from the game - a different position to what the Grecians had been in for the last few games.

The Salford pressure was sustained for much of the second half, with Andresson working hard between the sticks to maintain the Exeter City lead as the Grecians looked to get a clean sheet and all three points out of the game.

After few chances in the second half for the Grecians, they could have put the game to bed near the death as the ball was picked up on the counter, but it couldn’t quite be controlled by the Grecians and the long ball was collected by the Salford keeper.

Randall Williams returned to St James’ Park after his injury with Willmott making way for the winger with just a few minutes of normal time left to play.

With frustration at not being able to get anything from the game, several of the visitors ended up in the officials’ book in the final chapters of the game, with goalkeeper Hladky and receiving yellow for confrontations with the referee.

Receiving a free kick late on in the game centrally in the Exeter City half posed a great chance late on to take something from the game, but it was dealt with well by the Grecians in order to maintain their lead and claim their first win in four games.

Exeter City are back in Sky Bet League Two action on Good Friday as they face Port Vale in a 3 o’clock kick off at Vale Park. 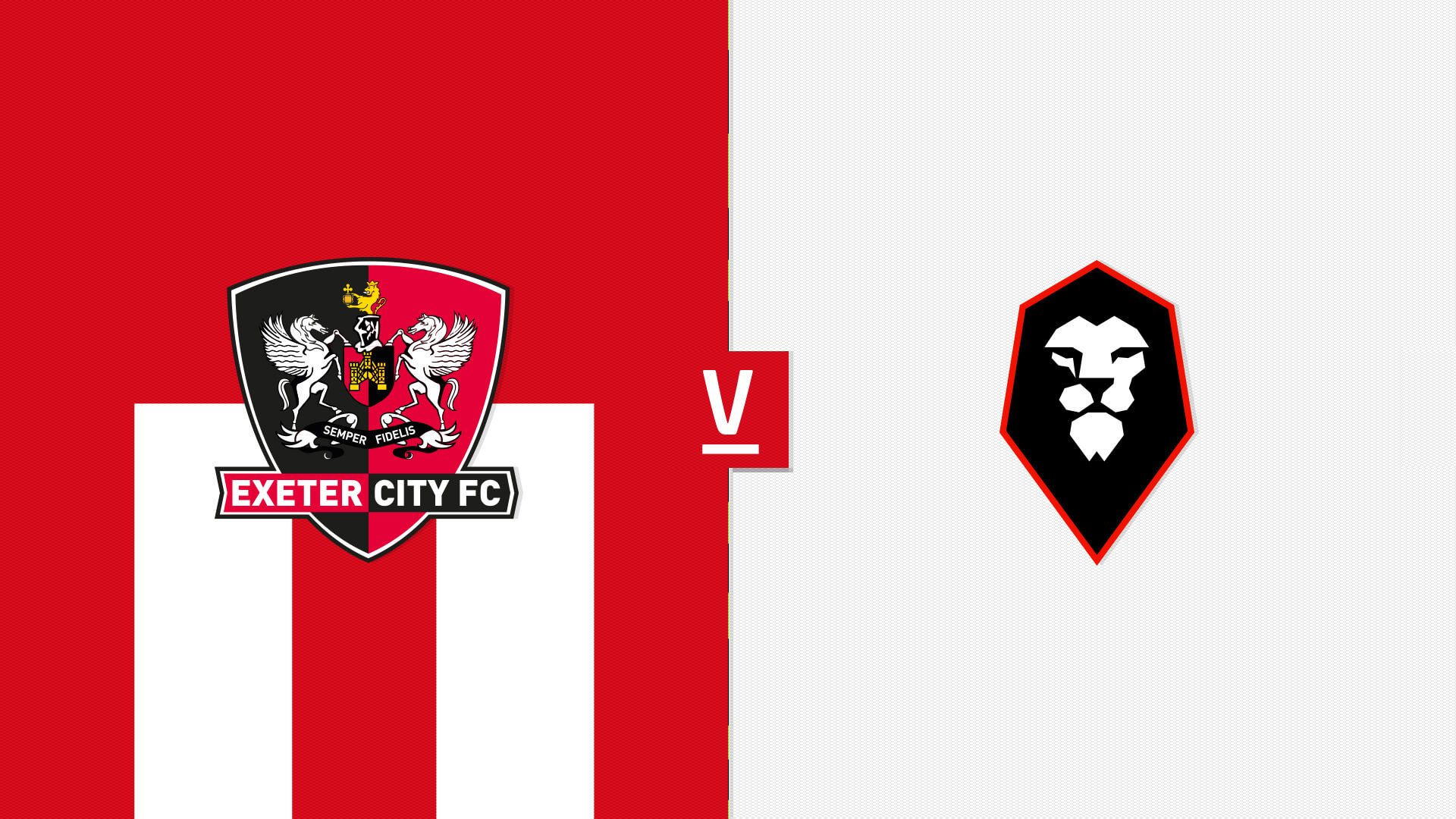 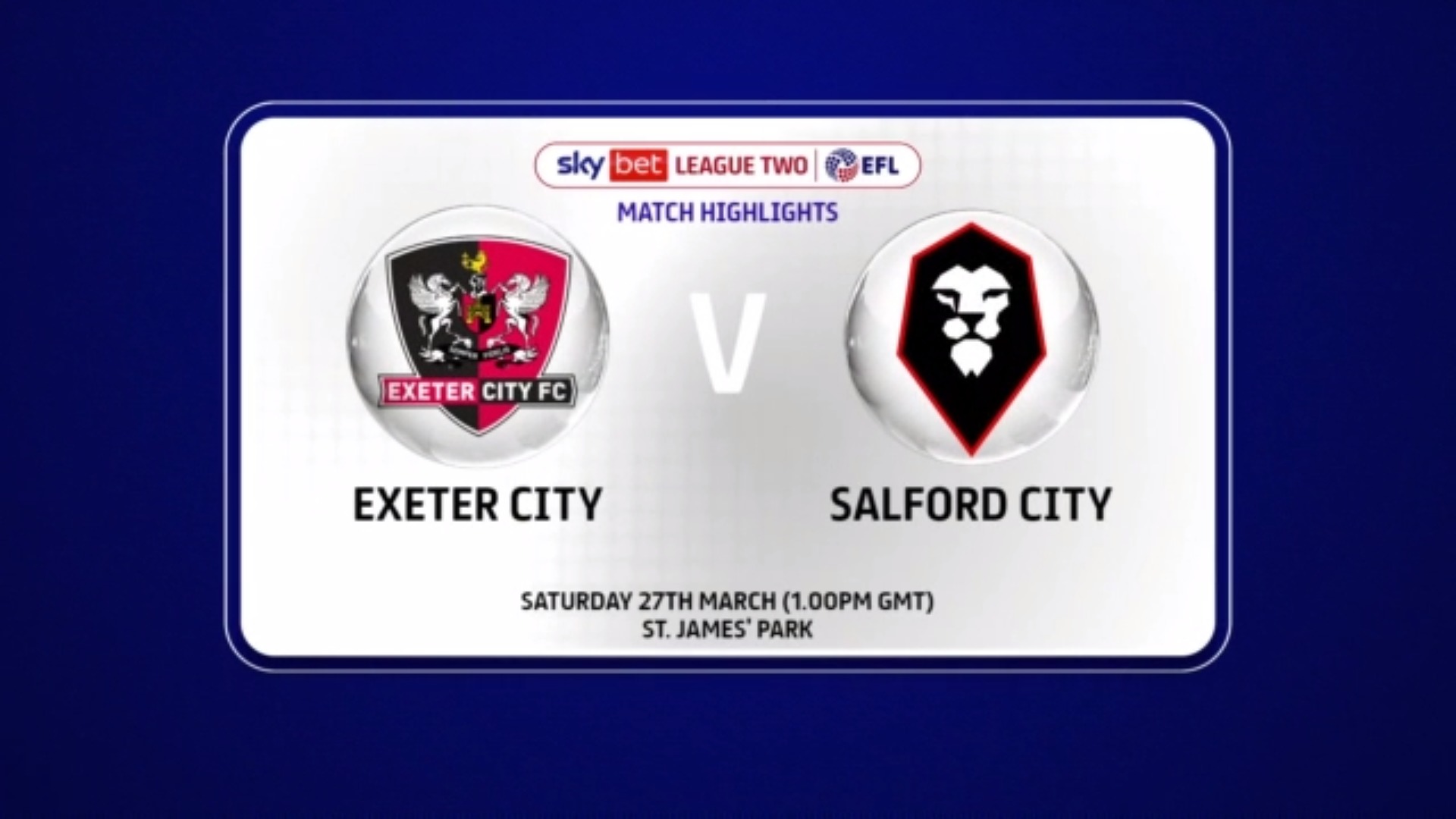 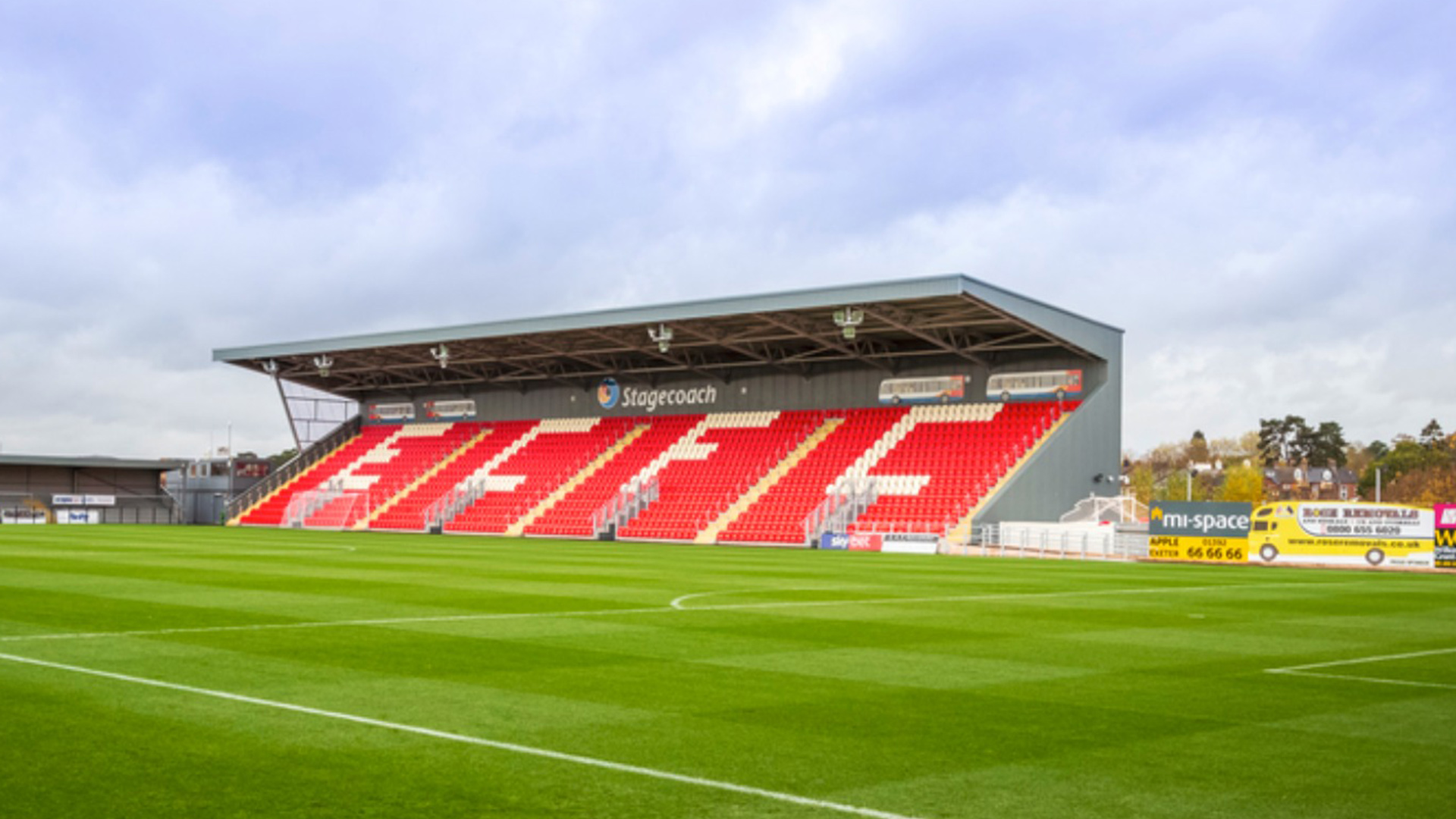