The Grecians will be looking to build on last weekend's confidence building 2-1 win over Mansfield Town as they take on the early pace-setters at the Park.

Manager Matt Taylor is expecting a tough encounter but believes the team come into the match on the back of a confidence boosting win over Mansfield Town.

The Grecian, our award-winning matchday programme, is now available to purchase online via the club shop website.

Copies can be pre-ordered for delivery, whilst you will also be able to pick up your copy direct from the shop from Monday as long as stocks last. As always, the programme is packed with original features and exclusive content, including Matt Taylor's managers notes, updates from ECFC Women and the Academy, the One of our Own and Historic Kits features, a detailed introduction to this weekend's opponents, Cambridge United, and much, much more.
This week's edition also includes our Q&A with summer signing Rory McArdle, who talks about life in Devon, International Football, the importance of chipping in at both end of the pitch and his hopes for the season.
A must read for all City fans, so do order your copy as soon as you can by clicking here.

You can show your support from the safety of your own home by purchasing a match pass on iFollow for £10 with around 80% of the revenue going to City. This will mean that you'll be providing the club with much welcome income whilst games are played behind closed doors. Cambridge and Tranmere played out a stalemate last time out at the Abbey Stadium.

City made it nine games unbeaten thanks to goals from Ryan Bowman and Randell Williams back in January.

Exeter City claimed their first home league win of the season after a 2-0 win against Cambridge United at a rainy St James Park.

A first-half penalty from Matt Jay and a composed finish from Joel Randall secured all three points for City, against a Cambridge side who came into the fixture unbeaten. The wind and rain played a significant part in the game, but City’s defence proved solid throughout.

Coming into this fixture, Matt Taylor named an unchanged side from last week’s first league win of the season, with a 1-2 victory over Mansfield. Cambridge on the overhand was looking to extend their impressive start to the league campaign, picking up a total of seven points from a potential nine, sitting top of the Sky Bet League Two table.

The wet and windy conditions proved difficult for both teams to get a real hold of the game, however, the first chance of the game fell to Cambridge, when Kyle Knoyle played in Wes Hoolahan whose close-range effort was stopped by the face of City shot-stopper Lewis Ward. Ward then pulled off a smart save from the following corner, tipping it over the bar.

Moments later, Exeter City conjured up their first chance of the game, where a mistake by the Cambridge defence allowed Jay to run through, but his pass couldn’t find Randall at the back stick. Cambridge then went down the other end and found themselves through on goal again, but Ward rushed out quickly to block the effort on goal.

The most significant moment of the half came when Randell Williams’s mazy run resulted in him being tripped in the box, causing the referee to point to the spot. Up stepped Matt Jay who calmly slotted the ball into the bottom right corner, giving Exeter the lead.

Cambridge struggled to get back into the game after the penalty, with City looking more comfortable in possession. Archie Collins was controlling the middle of the park and good chances were being created out wide through Williams and Randall.

The rainy conditions were proving difficult for both sides to create any real chances, with the ball spending the majority of the time looping in the air. Cambridge had a decent chance on the half an hour mark, where Hoolahan’s teasing delivery nearly found Joe Ironside, but it was blocked well by City defender Tom Parkes.

City then doubled their lead through the youngster Randall, who pounced on a mistake by Robbie Cundy. He ran through the defence and calmly slotted the ball past Dimitar Mitov in the Cambridge net. City had a chance to get their third of the game moments later after a marauding run from Josh Key found Williams, but his shot was high and wide.

Cambridge had a chance on 40 minutes, after good play down the left-hand side, but Hoolahan’s curling effort when just wide of Ward’s post. Cambridge ended the half the stronger side, but City’s defence stood strong. City did however have the last chance of the half, after a dangerous delivery from Taylor found Jay in the box, but he shot sailed just past the post.

Cambridge came out for the second half a revitalised side, having possession in some dangerous areas and causing problems through the experienced Hoolahan, but City again dealt with everything thrown at them, Rory McArdle doing especially well under the wind influenced high ball.

City withstood the pressure, and after good closing down from Taylor, the ball found its way to Ryan Bowman unmarked in the five-yard box, but his shot was deflected wide. The Grecians had another chance moments later where Williams found Jay, but his clever back-heel effort wasn’t any trouble for Mitov.

The pace of the game had slowed down, with either side unable to get the ball down and create a meaningful opportunity on goal. Both defences were proving strong, clearing, and blocking everything ball which came into the box in difficult conditions.

Cambridge did have a chance five minutes from the end, but Paul Digby couldn’t divert his effort on goal with enough power, after an inviting cross from Knoyle. City saw out the four minutes of added time comfortably, collecting all three points and getting their first home league win of the season.

City’s next game sees them travel to The County Ground as they face Swindon Town in the group stages of the EFL Trophy. 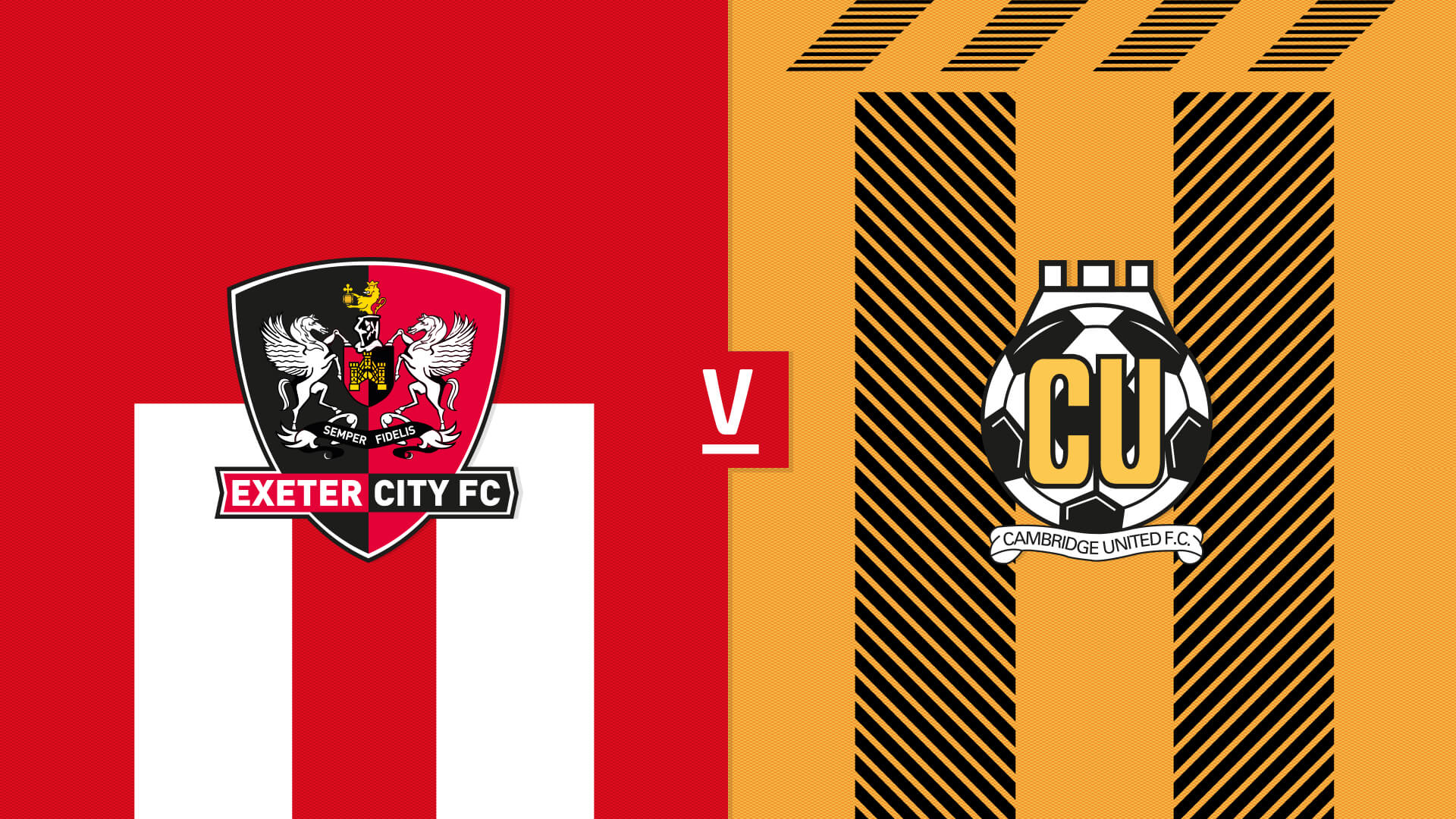 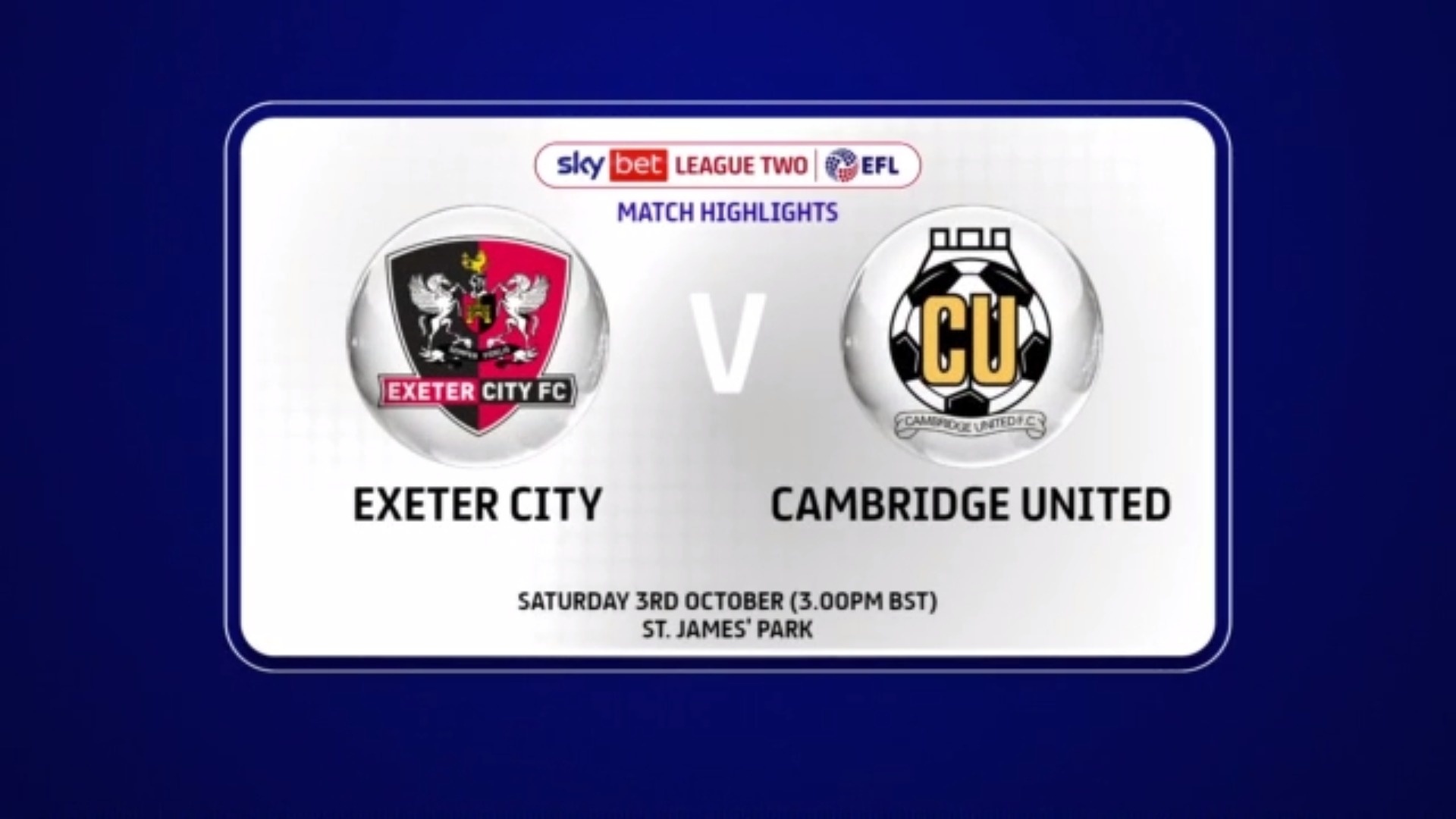 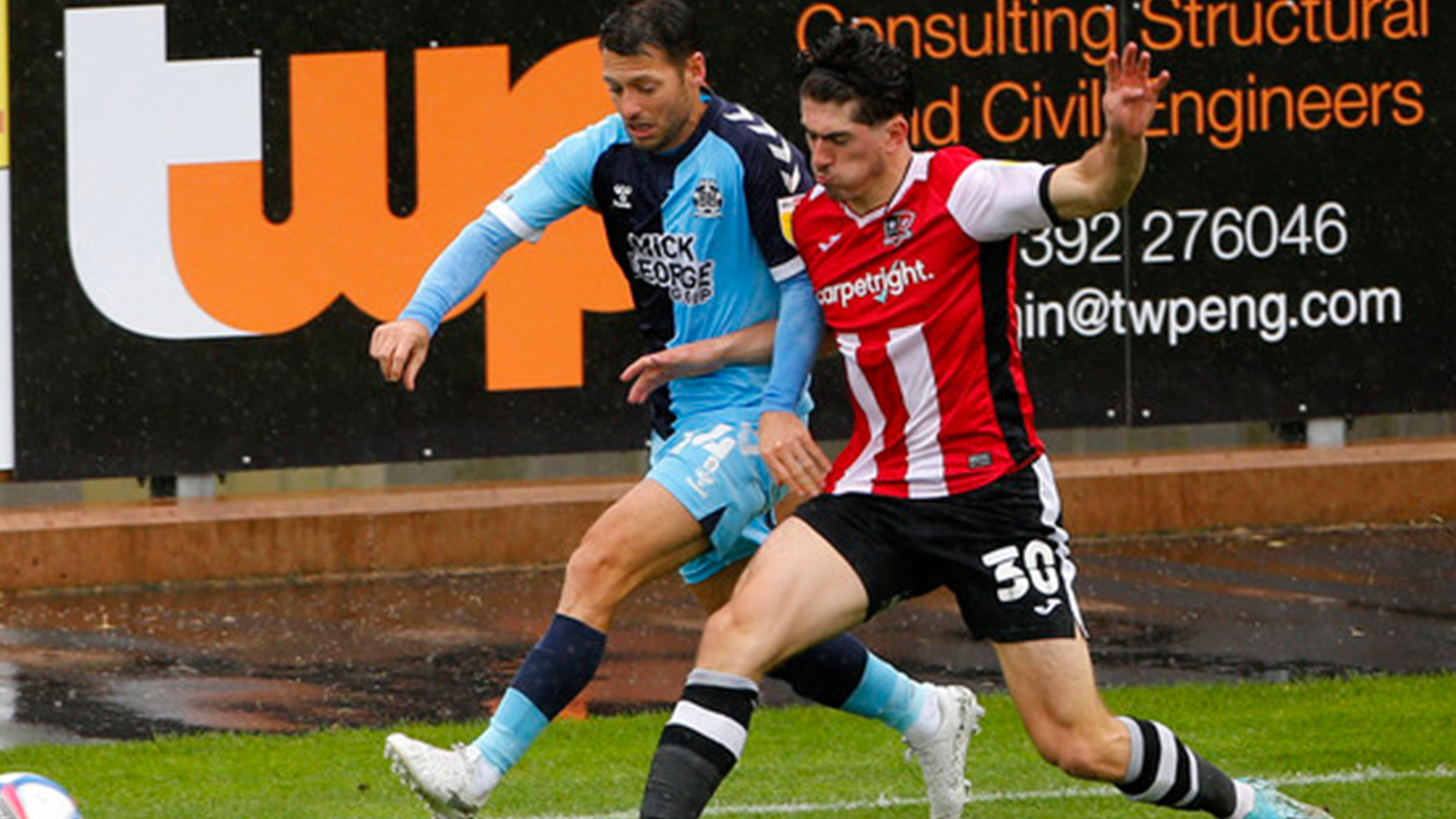