We meet again... City head to Bradford City this Saturday in what will be the fifth meeting between the two sides this season.

With this being the second league meeting of the camapign, the two sides also faced each other in the FA Cup first round on three occasions after the original tie was a draw followed by two replays after the first was ordered to be replayed by the FA.

City are undefeated in all four matches this season, with two draws (0-0 and 1-1) and two wins (3-0 and 2-1), although the 3-0 win will go down in history for not actually taking place - the result was expunged after a complications with substitutions in extra time.

The Grecians are currently unbeaten in six league matches - winning four - and have kept five clean sheets in that period following Tuesday night's late late show against Leyton Orient, when Cheick Diabate scored the only goal deep into injury time.

Derek Adams' Bantams were also on the winning side in midweek, also 1-0, as they travelled back from Stevenage with all three points - their first league success in four matches.

City will be wearing our grey and pink away kit for this fixture.

Following three FA Cup meetings and one in the league, City travel to Valley Parade with the wind in their sails as they look to extend their six match unbeaten run in League Two.

"We know how difficult Saturday will be, but we want to produce our best display," Matt said.

"There is a slightly different look to the opposition since the last time we met - I think they've made seven signing in January - but our side won't look too dissimilar.

"They've added some very good players to their squad."

We have been allocated 404 tickets in the Midland Road Stand.

There are no cash sales on the day, however supporters can log onto Bradford's ticketing system via QR codes on the wall next to the away turnstiles. Those who travelled to Bradford for our FA Cup match will already be familiar with this.

Grecian Travel, completely run by the Supporters' Club, and not for profit, is available for City's trip to Bradford City. 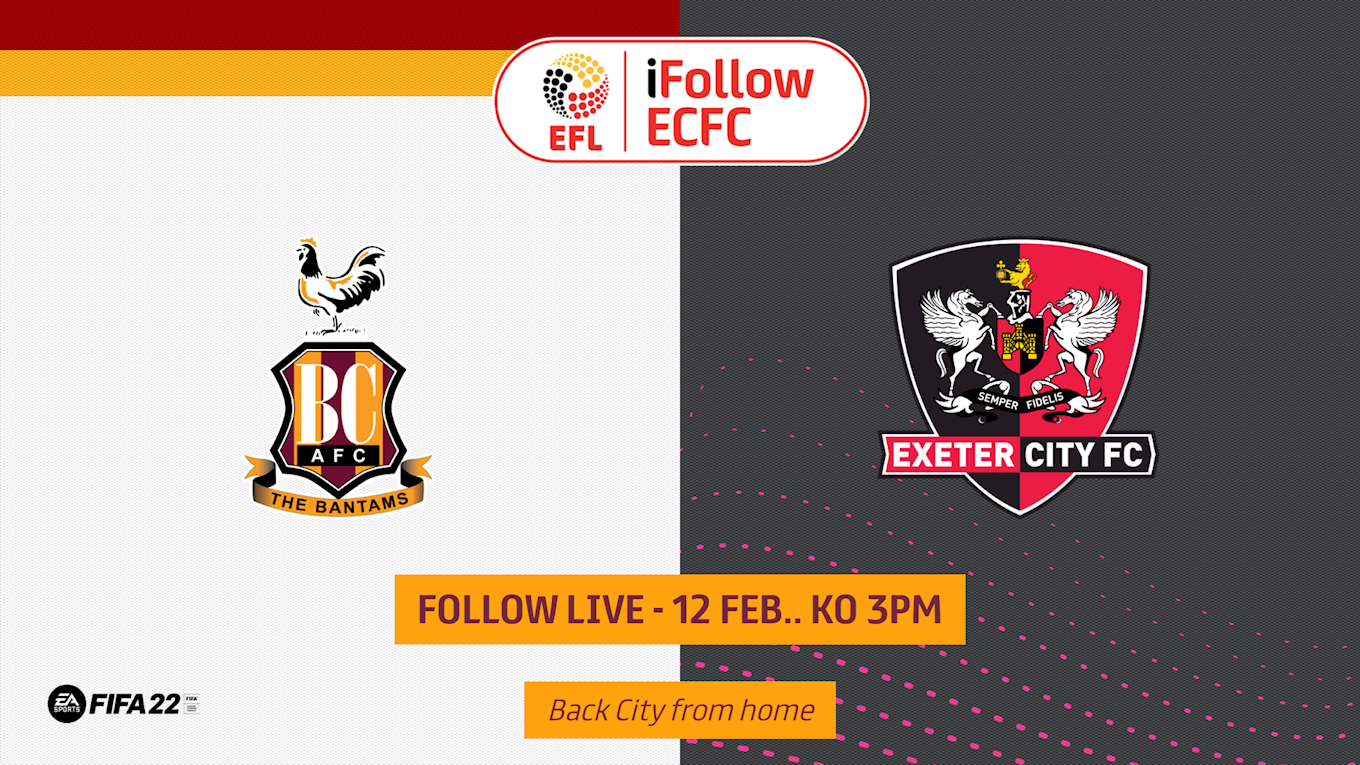 Tim Dieng and George Ray found the target for the Grecians in the replayed replay of our first round tie, as we came from behind following Lee Angol's opener.

Kieran Phillips’ gorgeously dinked finish was enough for Exeter City to take all three points at the Utilita Energy Stadium.

Jevani Brown had a great chance to double the score late on but the single goal was enough for the sixth clean sheet in seven.

With games coming thick and fast Matt Taylor opted for slight rotation with Matt Jay given a rest, with Harry Kite given the chance in the captain’s place. Pierce Sweeney took the armband.

Both sets of fans were in impeccable voice in the early stages. The hosts won a couple of early corners without testing Cam Dawson in the City goal.

Jevani Brown had an early chance to work his legs, latching onto a threading Jake Caprice ball. Keeper Alex Bass was quick off his line to deny the chance.

MJ’s rest lasted seventeen minutes as Harry Kite pulled up and the skipper was introduced from the bench.

City found their groove and looked promising in the overlaps. Caprice won a corner down the left and Tim Dieng almost latched onto the end of Archie Collins’ in-swinger, heading just wide.

Levi Sutton went closest for the Bantams just before the half hour mark. The midfielder found space on the edge on the box but pulled his shot wide of the upright.

After little action City took the lead on the stroke of half time courtesy of Kieran Phillips’ first goal for City.

A delightful ball over the top sent the striker in on goal. With Bass looking to get there first, Phillips nicked the chance, dinked it over the stranded shot stopper and gave City the lead.

The Grecians almost doubled the advantage from the next attack. After working a corner, MJ found space in the box and fired an effort at goal, only to be blocked by Bantams skipper Paudie O’Connor.

Cam Dawson was called into action within minutes of the restart. Sutton again striking from range and the Yorkshireman was able to tip the ball wide.

The home side had the better of the chances after the break. Andy Cook flicked a free-kick wide of Dawson’s goal. A touch at the far post was all that was needed to draw the teams level.

Brown had a glorious opportunity to double City’s lead up the other end. A long ball forward to the Number 20 saw Alex Bass in No-mans-land again. Brown rounded the keeper but some excellent defending by Yann Songo’o kept the score line down.

Jake Caprice stung the hands of Bass on 65 minutes. A worked short corner found the wing-back on the edge. His curling effort was batted away.

The Bantams put the pressure on and Songo’o almost drew his team level. Hs headed ball back across the face was whisked away by Cheick Diabate.

Tim Dieng was next to test Bass’ hands. The Frenchman’s side footed effort was palmed down by the Portsmouth loanee.

Bradford were battling and were putting dangerous balls into the six-yard area. The Grecians were valiant in their defence.

Jevani Brown should have sealed the points for City on 79 minutes. Sam Nombe spun in behind and pulled the ball on a plate for his strike partner. The ball got stuck beneath Brown’s feet as he dragged his effort wide with the goal at his mercy.

Andy Cook forced a pop shot volley as we entered the dying stages. Dawson was equal to it. Nombe at the other end forced Bass into a save. 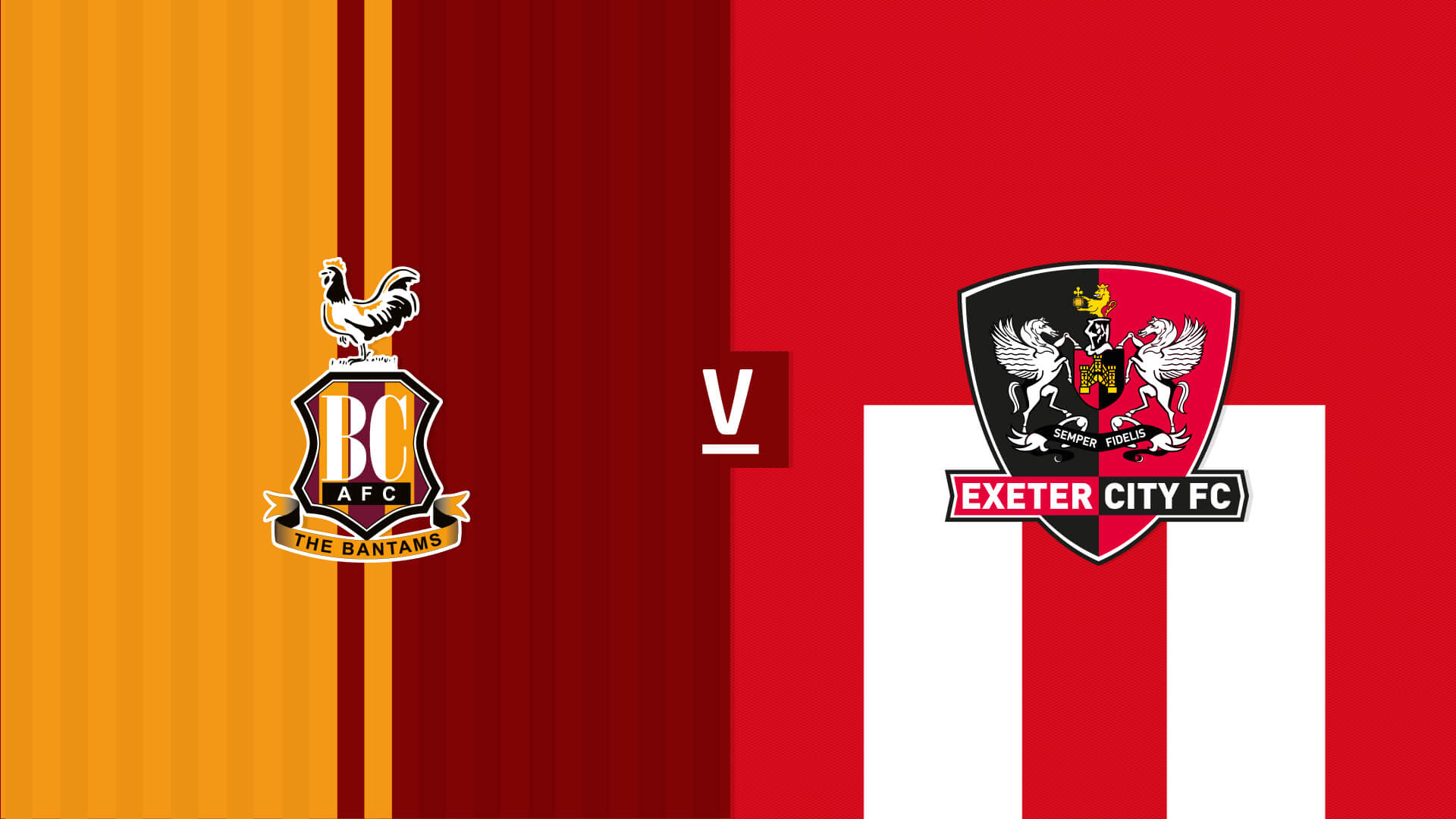 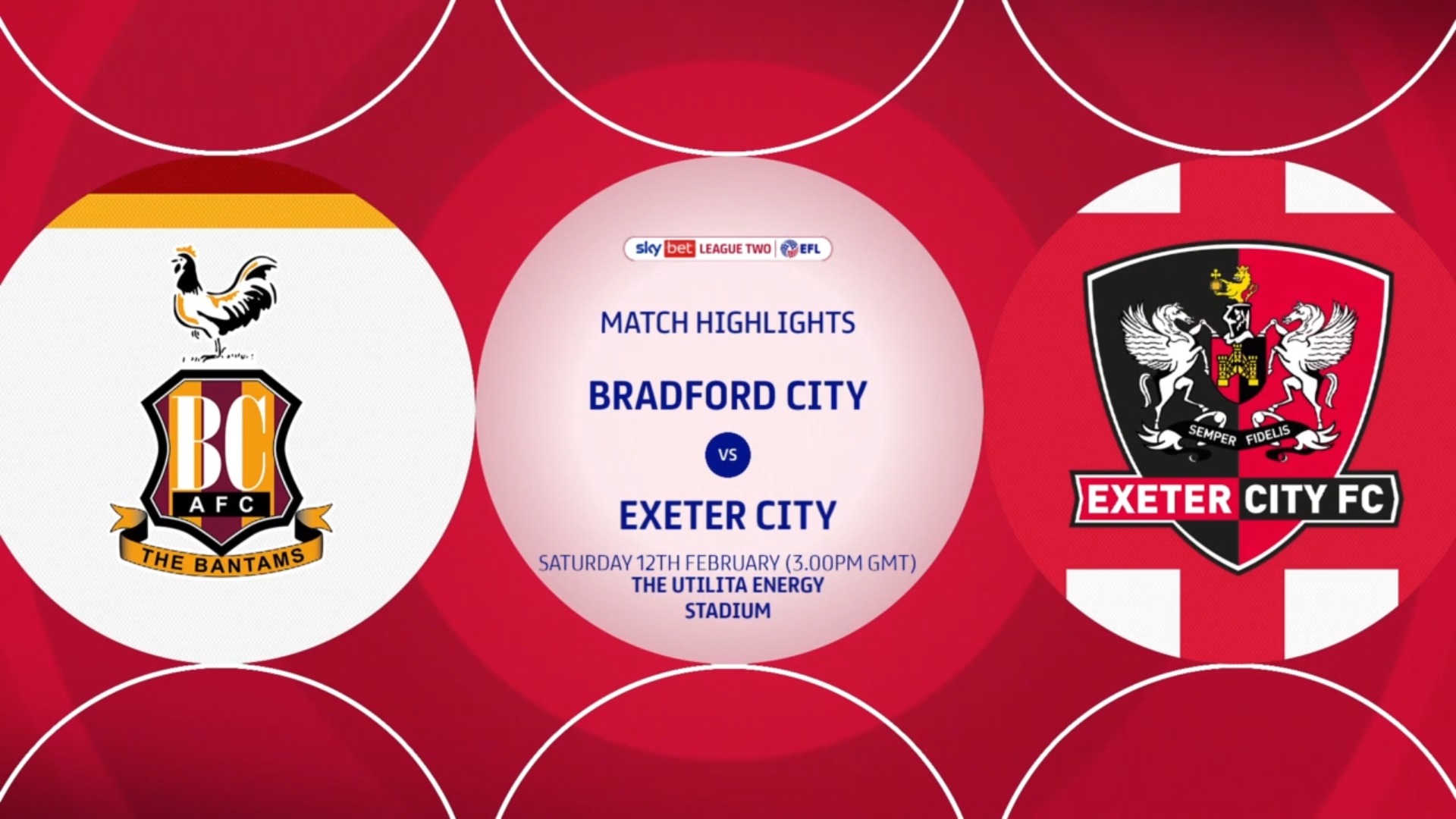 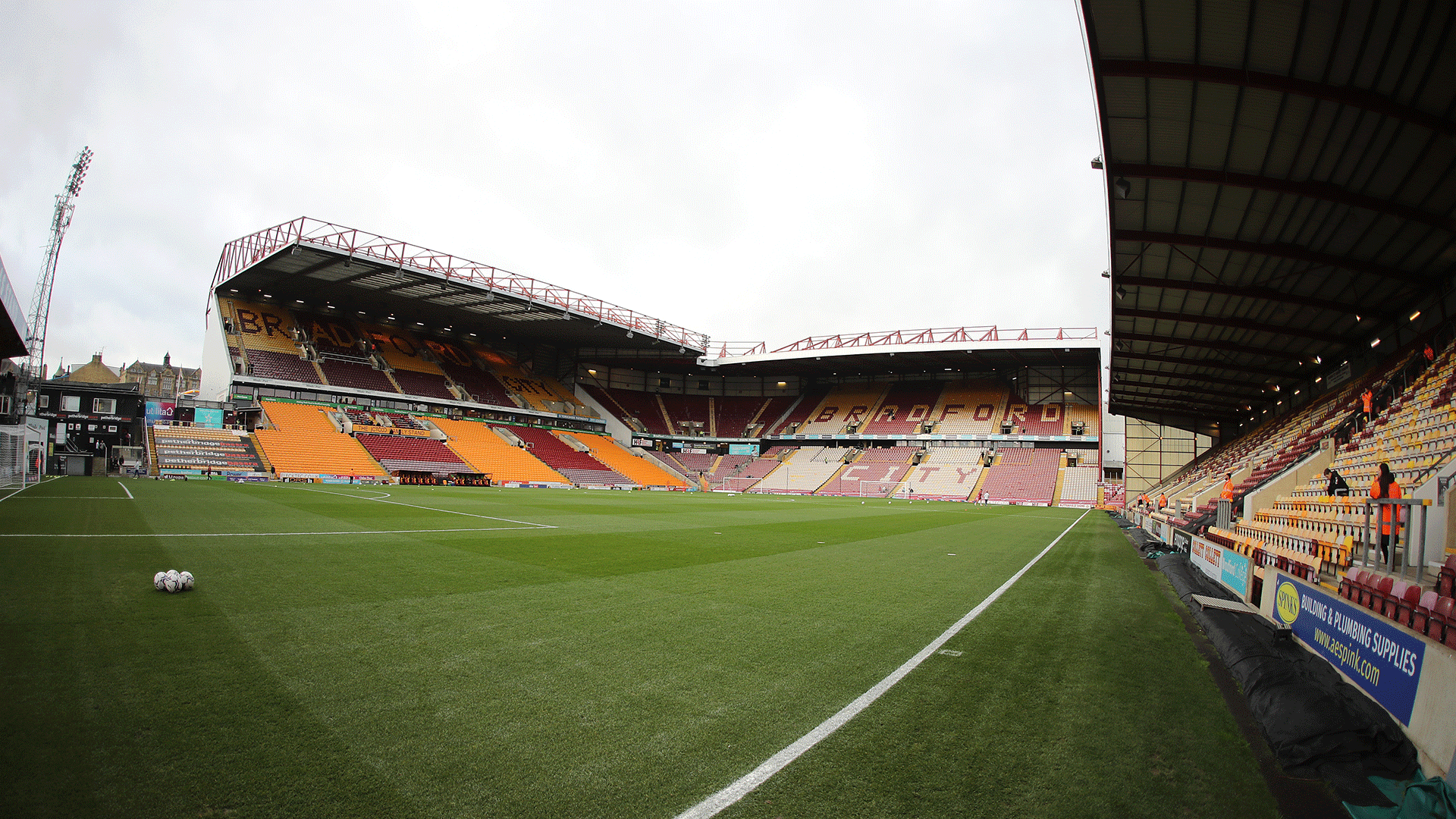