Exeter City Football Club said ‘no to homophobia’ at its home game with Bury on Saturday, February 16.

The match was designated as the club’s annual Football v Homophobia fixture and a number of initiatives were organised by the Exeter City Supporters’ Trust, its One Game One Community (OGOC) Group and CITY Community Trust. 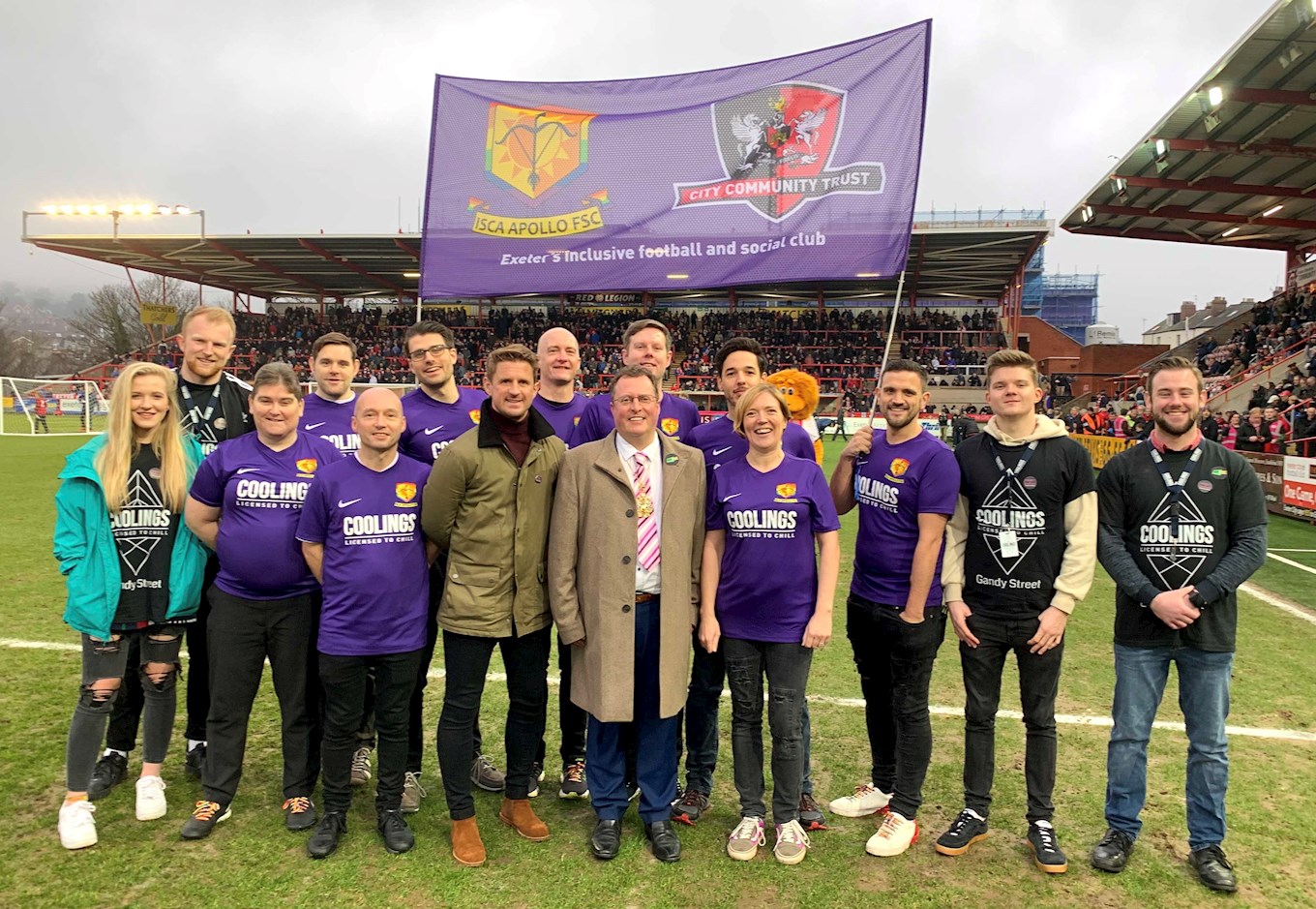 It is 10 years ago since the international initiative was founded and the 10th time that a designated Football v Homophobia (FvH) match has been held by Exeter City.

Two years ago, Lou Englefield, director of the national Football v Homophobia campaign, presented the Exeter OGOC Group with a commemorative pennant, acknowledging the Club’s annual support and for its year-round work to make sure football is welcoming for all. 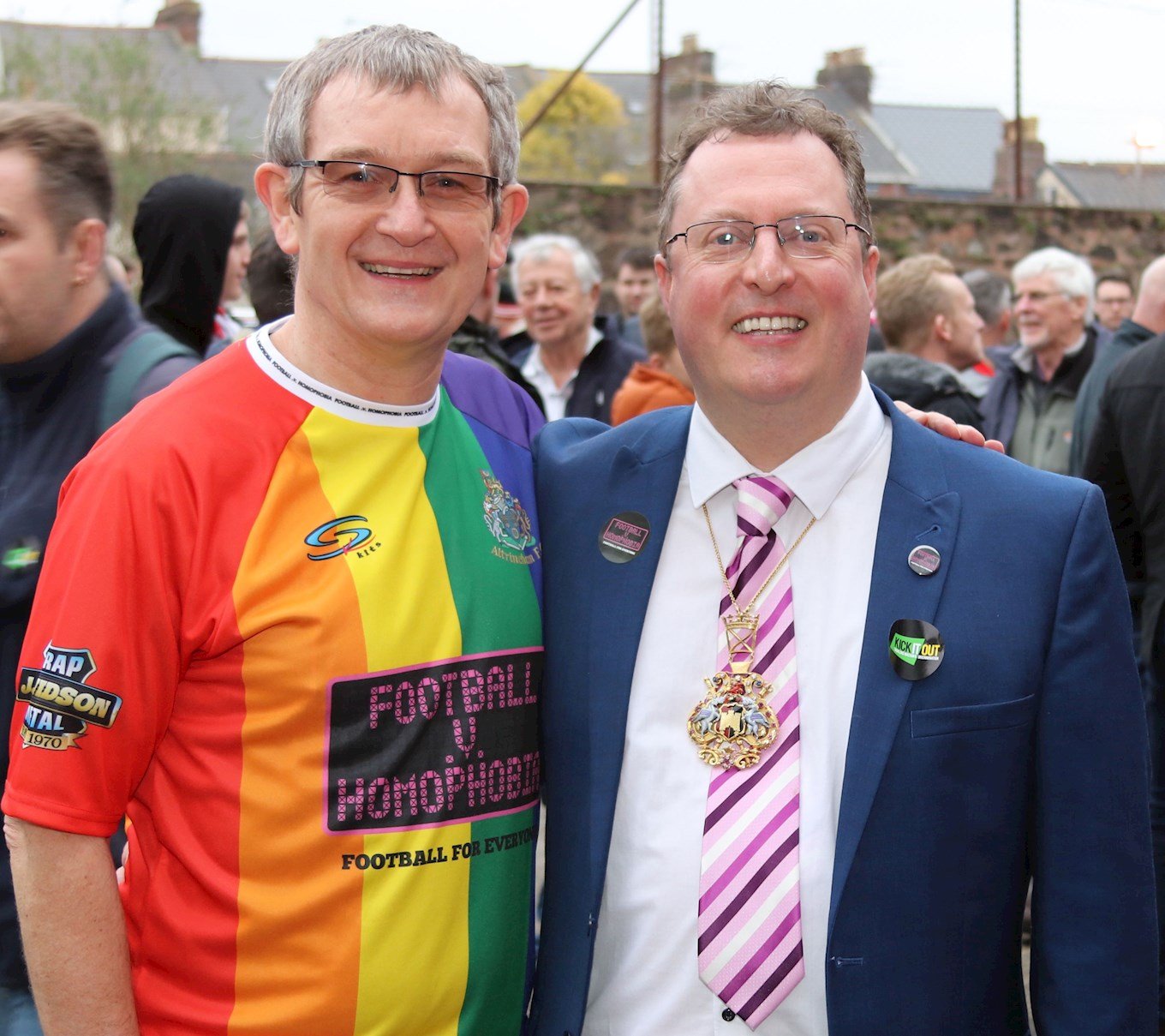 On February 16, Exeter and Bury players and match officials warmed up in FvH t-shirts. These were then thrown to the crowd before the start of the game.

The players then walked out for the pre-match line-up behind an FvH banner. First team player and OGOC Ambassador Troy Brown backed the initiative and said: “Homophobia like all discrimination, has no place in football. It’s time to call full-time on hate.”

The lord mayor of Exeter, cllr Rob Hannaford, attended the game to show his support for Exeter City and the FvH campaign.

Members of Isca Apollo, the new Exeter LGBT football team, took to the pitch at half-time to be officially inducted under the Exeter City umbrella of community teams.

Football v Homophobia leaflets were distributed to the crowd and articles about the campaign were featured in the match programme.

Also supporting the campaign during the weekend were some of the Exeter City community teams. 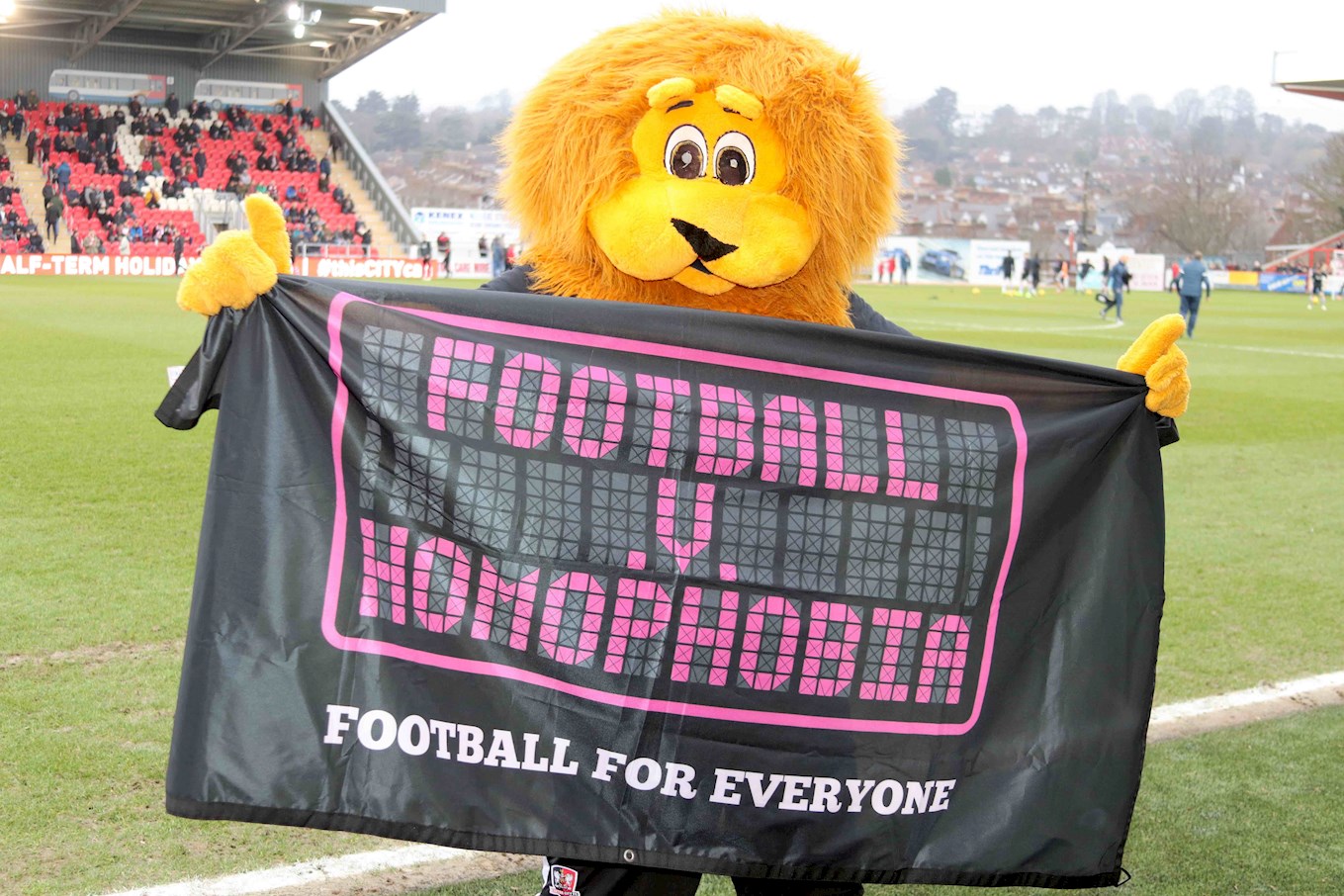 Proud Grecian founder Alan Quick, a member of the Supporters Trust, its OGOC Group, co-founder of Exeter Pride and local coordinator for Football v Homophobia, said: “Exeter City has a great record on opposing homophobia and all types of discrimination and it is a credit to the club.

“It was on December 8 in 1992 that my late friend Justin Fashanu, the only ever professional footballer to ‘come out’ as gay played in a game at St James Park.

“Justin, the country’s first million-pound black player, was playing for Torquay United against Exeter City in an Autoglass Trophy match when he made his appearance at the Exeter ground.

“Sadly he suffered from both racism and homophobia and FvH and its predecessor, The Justin Campaign, were formed to address some of these issues.”

The Exeter FvH activities were supported by the Postcode Community Trust, Devon County Council and Devon and Cornwall Police and form part of Exeter City’s support for Kick It Out’s call full-time on hate campaign.

A grant from Postcode Community Trust, a grant giving charity funded entirely by players of People’s Postcode Lottery, supported the activities on the day.