Exeter City will be backed by over 1200 supporters when they travel to Swindon Town on Saturday.

Following 4 clean sheets on the bounce, the Grecians travel to the Energy Check County Ground buoyed by recent performances as they take on a side just one place above them in the Sky Bet League Two table. City were held to a goalless draw by ten-man Hartlepool United at SJP last weekend, while Swindon's last match saw them grab a last gasp equaliser to draw 1-1at home to Crawley on Tuesday evening.

Swindon have been one of the success stories of the season having rebuilt a squad that is challenging for the top despite fears over their existence in the summer, before current owner Clem Morfuni changed the club's fortunes.

City will be wearing our turquoise/blue third strip for Saturday's match.

The Grecians head to the Energy Check County Ground unbeaten in four league matches and will travel backed by well over 1200 supporters in the away end, which Matt thinks will create an intense atmosphere in Wiltshire.

"It is great to see the feel good factor back at Swindon after everything they have been through," Taylor said.

"We have said today that you want to play in front of good crowds on a good pitch. Our away fans travel so well and I know they will be well supported as well. It feels like a bigger game even though there are still 19 or 20 games to go this season because of where the two teams are in the table.

"Both sets of fans will be going there with certain expectations."

There are two pubs for away fans:

Please note: The two Wetherspoons pubs in Swindon town centre (The Sir Daniel’s Arms and The Savoy) will NOT be allowing away fans this Saturday, unlike previous seasons.

There will be a total of 1223 Grecians heading to the County Ground on Saturday, with tickets now off sale and no on-the-day sales.

Tickets are available to collect from our Club Shop between 10am and 4pm Monday to Friday. Those not collected will be sent up to Swindon, for collection from the dedicated away ticket office in the Stratton Bank Stand at the County Ground.

Grecian Travel is also SOLD OUT for the trip to the County Ground!

With the Arkells Stand (covered seating) sold out, allocated seating will be enforced in this area to ensure those supporters who have purchased tickets together can sit in their respective groups. Please respect the requests of the stewards while in the stadium. 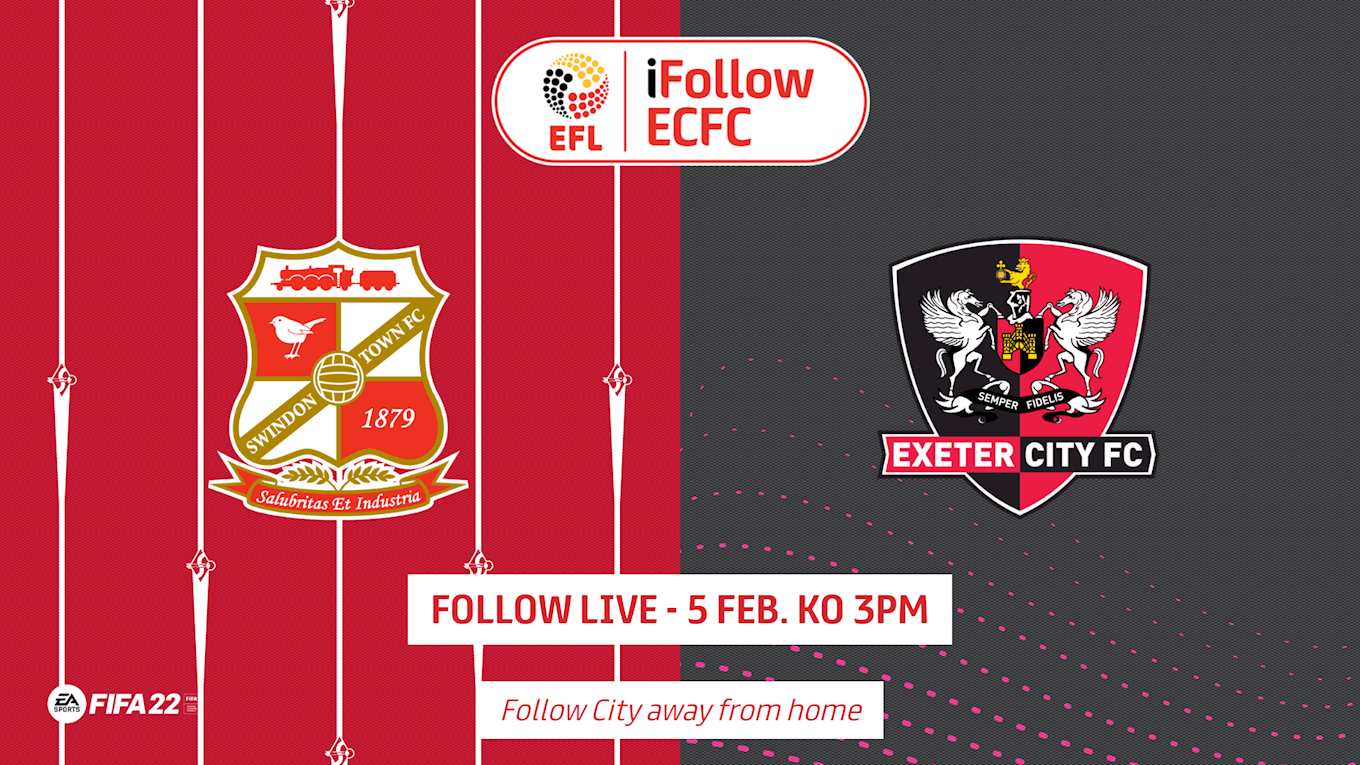 The Grecians edged a seven goal thriller at the County Ground in the Papa John's Trophy group stage last season. Harry Kite scored his first senior goal, with Ben Seymour, Nigel Atangana and Alex Hartridge all finding the back of the net before the hosts attempted a late fightback.

Jevani Brown cancelled out Joe Tomlinson’s goal which a gorgeous curling shot into the top corner.

The moment of the match came just three minutes from time as Tim Dieng stroked home to turn the game on its head.

Cameron Dawson made a couple of outstanding saves to keep the ever promising Swindon front line quiet to send the travelling 1260 City fans home in great spirits.

Matt Taylor looked for a similar line-up for this one. New boy Kieran Phillips made the starting eleven and a welcome return to the squad for Sam Nombe wh took his place on the bench.

Both teams had an extra obstacle to overcome. The wind played havoc with the early exchanges. Sam Stubbs misjudged a long ball forward and the rushing Harry McKirdy blasted into the side netting from a tight angle.

City played attractive football without meaningful chances being created. Cam Dawson had to be on full guard as Rob Hunt’s long range shot caught a gust, before being claimed in the City keeper’s midriff.

The home side went close on 24 minutes. A quick free kick found Joe Tomlinson on the left-hand side as City were caught napping. The winger cut onto his stronger right-foot but fired over the upright.

Jake Caprice had the Grecians first effort on goal just after the half hour. Jevani Brown battled well down the right and laid into the wing-back on the edge. Jojo Wollacott was equal to it.

Kieran Phillips almost opened his account for the Grecians. Patient play down the left soon saw Caprice play Tim Dieng on the edge. Dieng’s sliced cross was attacked well by Phillips, but the connection was lacking.

In the last action before the break Caprice was keeping busy down the left. A trademark ‘stepover, cut-inside and shoot’ wasn’t too far away from nestling in.

On 54 minutes, Cam Dawson pulled off a great save to deny Harry McKirdy. The Swindon striker got away from Stubbs and Cheick Diabate but his left-foot effort was superbly stopped by the City Number 1.

And three minutes later Swindon took the lead. Joe Tomlinson found space on the edge of the box and picked out the bottom corner.

On the hour Exeter City made their first change, with Sam Nombe returning to the field after a two-month lay off.

Thrusted straight into the action, Nombe jostled for possession. The ball then fell kindly for Tim Dieng who struck well to sting Wollacott’s hands.

With the Grecians struggling for any momentum Matt Jay trickled a tame shot into the keepers arms as we laboured into the last fifteen minutes. Jay then turned a Jack Sparkes cross goalward again to no prevail.

Exeter were teasing chances without making a real impact. Josh Coley, Sparkes and Nombe looked bright since their introductions. The latter agonisingly close to connecting with some quality balls into the box.

With six minutes to play, City found themselves level in sublime fashion! Jevani Brown picked the ball up twenty-five yards from goal. The striker jinked his way forward and unleashed a beauty into the top left corner- sending the 1260 travelling City fans into mayhem.

And the decibel levels in the away end became deafening on 87 minutes. Brown found space on the edge of the box. The number 20 rolled it calmly to Tim Dieng who stroked the ball into the corner- wrongfooting the keeper in the process.

MJ had a great opportunity to put the game to bed. A deep cross from Josh Key found the captain who’s swivel volley was stopped by the keeper

City held on through the five minutes added on to secure a vital three points in the play-off push.

There will be a total of 1223 Grecians heading to the County Ground on Saturday, with tickets now off sale and no on-the-day sales.

Tickets are available to collect from our Club Shop between 10am and 4pm Monday to Friday. Those not collected will be sent up to Swindon, for collection from the dedicated away ticket office in the Stratton Bank Stand at the County Ground.

Grecian Travel is now SOLD OUT for the trip to the County Ground! 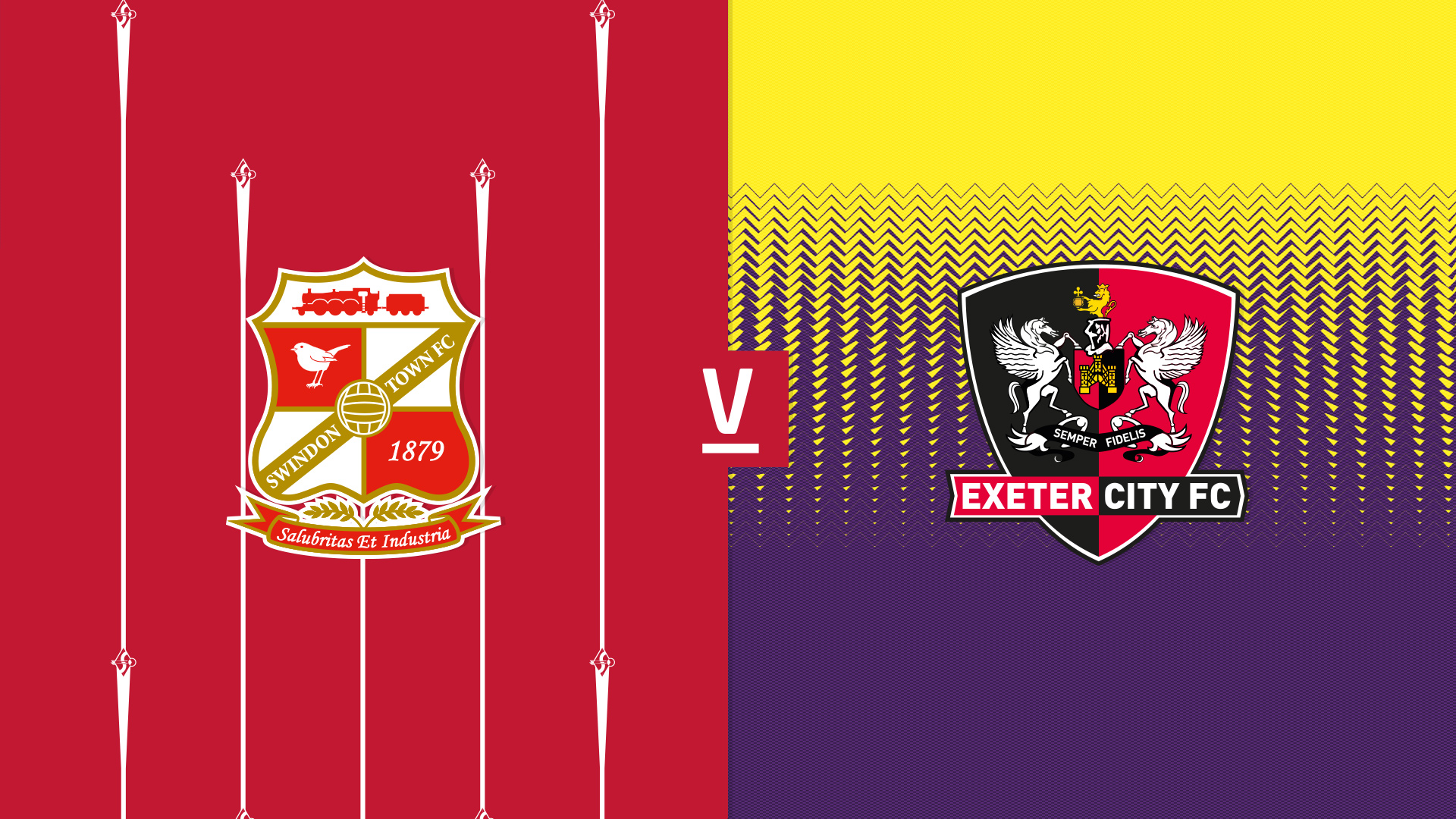 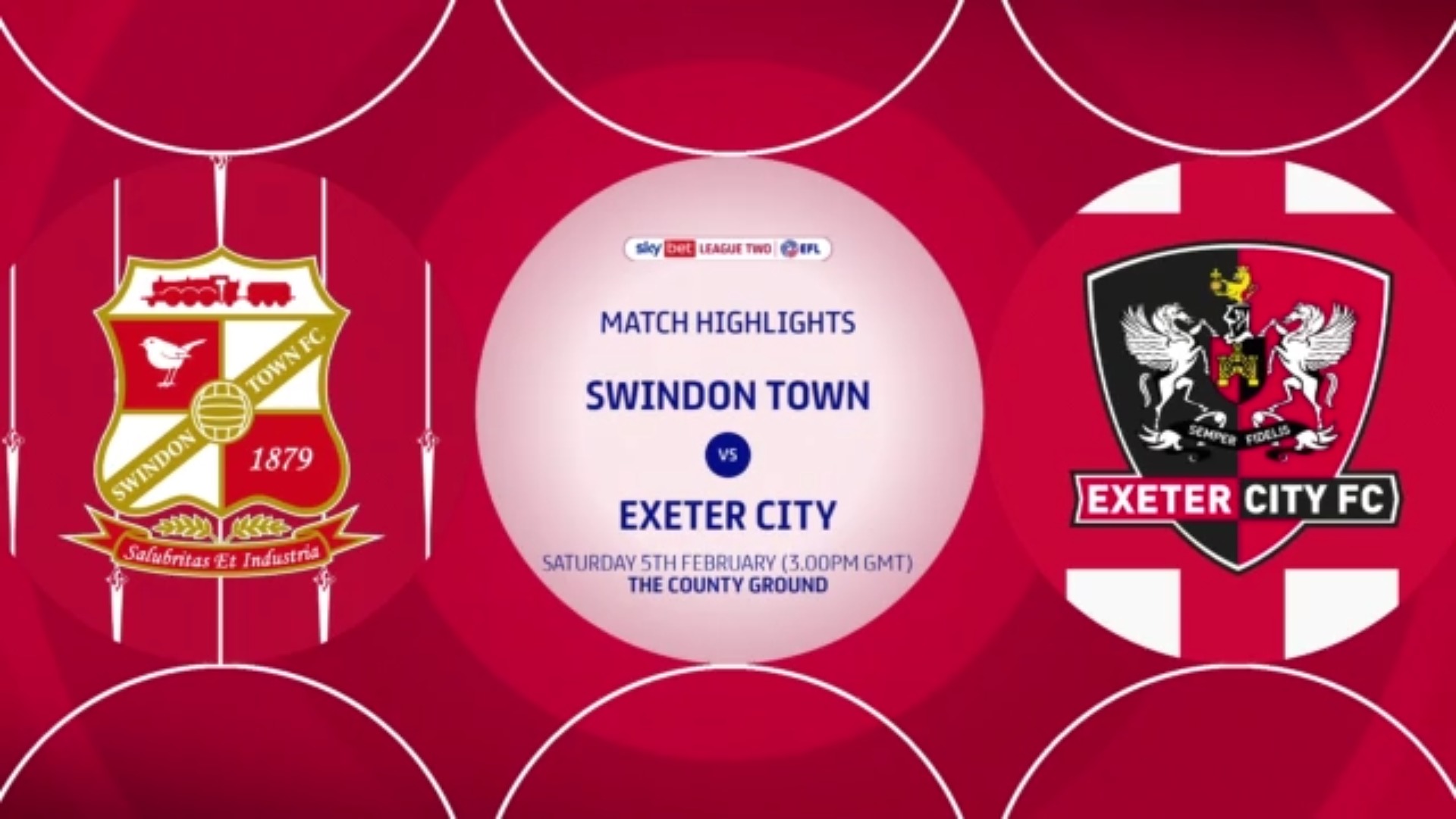 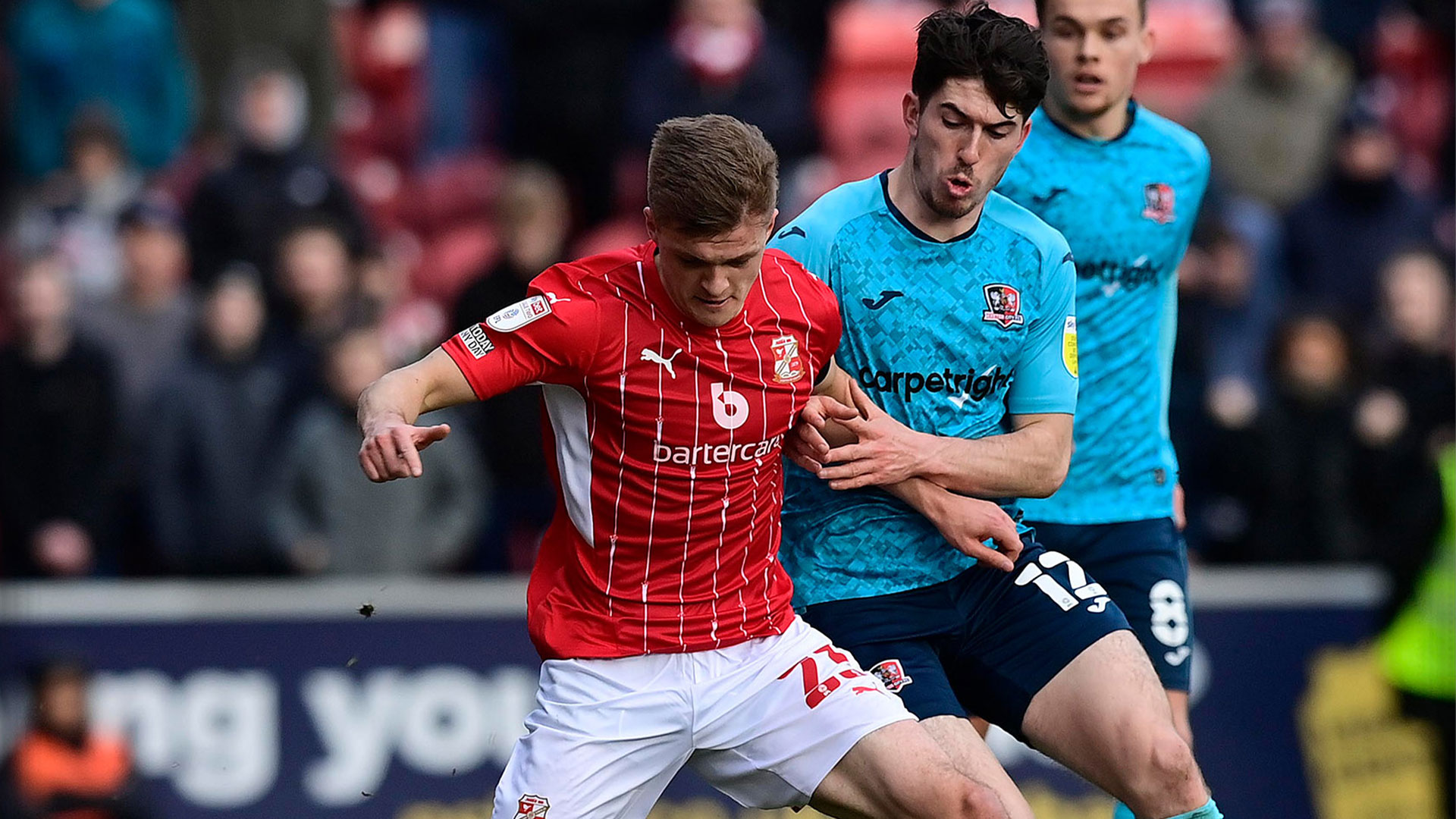